Here is a very simple step-by-step guide to Unlock bootloader of Moto G9 / G9 Play. As

Why the bootloader is locked on Moto G9 / G9 Play?

If you are new to this then you might not know about the bootloader unlock the thing.

Typically, the startup process of any device is called as boot-up. During this boot-up process, the device is unusable by the user until it boots-up completely.

A boot-loader is a piece of software that loads another program (s) during the boot-up process. In Android, this bootloader is locked to make sure no-one can modify what is being executed or loaded by this bootloader.

So, in simple words, the bootloader software is not something that is meant for the user but meant to run the device securely. If not secured, some hacker may alter the boot-up process leaving the device unusable.

A locked bootloader ensures that the software integrity of the phone is trusted, and it has not been altered from the stock firmware and hence used to provide or discard warranty, etc.

Well, that’s it on the intro. Before unlocking the bootloader you read the disclaimer and then move on to the actual process.

Before You Unlock Bootloader of Moto G9 / G9 Play 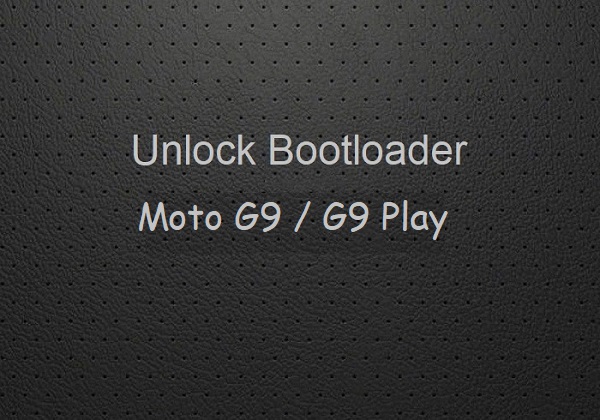 If followed exactly, then the bootloader on Moto G9 / G9 Play would be unlocked when you are done. If you face any kind of issue while following this guide, then just leave a comment here to get a response back.

Ever wanted to shop everything in …

Be together whenever, with our free* …

The Galaxy Buds+ Plugin allows you …