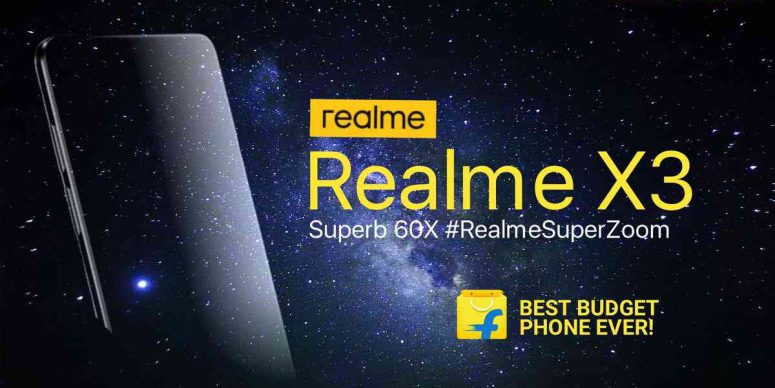 X3 SuperZoom Spec at a Glance

As it was reported earlier the X3 SuperZoom is going to have the Snapdragon 855+, 12GB RAM, 60X digital Zoom. Also, the camera will have a Periscope Lens and it does have a Starry Mode something like the Astrophotograhy mode in the GCam (Google Camera) with which you can capture the celestial bodies in the sky.

Here's some exclusive leak for you guys:

realme X3 SuperZoom will support upto 60x Zoom & it will come with a "Starry Mode" feature that will help you to capture Milky Way shots (Yes, you've read it right, Milky Way!)

I'm already excited about this device. What about you?

Well, its 60X zoom has been show cased but there is no word on the Camera resolution that is exposed anywhere on the internet. India is opening up slowly from the Covid-19 lockdown and the non-essential items are allowed to be delivered in identified Green zones.
Having said that the Realme X3 SUperZoom will be launching exclusively on Flipkart.

At this moment there is neither a launch date revealed nor the price. I will update this post once more details are revealed by the company. Stay tuned to get more details on this.