PUBG Mobile, the most loved and one of the most popular games of all time hs ended the Season 7 on 14th of July. And a new season, Season 8, was rolled out on 18th of July. Since then there is a lot of buzz around Season 8 as it brings a lot of new features and add-ons for the gamers of PUBG Mobile. PUBG Mobile game is one of those games that has been keeping its promise of new updates and Tencent, has always delivered it right on time.

In the above post, we shared with you the download links and also how to manually install the Beta update and enjoy the features before anyone else. The article was posted very long back and was constantly updated. However, PUBG Mobile is up and running with the stable update of Season 8 and as already mentioned, packs a lot of new features and improvements. So, without any further ado, let us get straight into the article itself; While playing any multiplayer battleground game, graphics play huge importance not only in terms of winning or losing but, also great graphics gives the players an immersive environment and keeps them engaged. PUBG Mobile is also the same. Moreover, the game already offers great graphics and if you own a high-end device then, the gameplay is pretty intuitive and immersive with great graphics.

However, with the new update that has brought Season 8, comes with a new HDR Mode. This mode, as already mentioned was available in the PUBG Mobile game but, now with the new update 0.13.5, players can use the HDR Mode along with ultra-high graphics settings. Previously, it was not available to use with the Ultra Graphics settings. But keep in mind that, not every device will support this feature as Ultra High graphics settings will only be available to use on compatible high-end devices. The HDR Mode or High Dynamic Range helps in improving details like shadow and highlight areas, thereby bringing a brighter experience.

One of the things that used to hurt the PUBG players was the loose of XP and dropping in rank if you are on the verge of losing the match or already lost. And if you are afraid of this, like me, then the new update has a fix for it. As the name suggests, the Rating Protection Card can help the players protect their ranks and avoid dropping of ranks.

Moreover, if you are on the verge of crossing another Rank, then this card can protect your Rank and now, you can maintain your ratings especially if you are in higher or tougher tiers. You need to have this card or purchase it, and this needs to be activated before every match to protect their ranks. However, there is a catch, which is that you can use the Rate Protection Card, till the Crown tier or below. So, what I would advise all the PUBG Gamers reading this post, is to first reach the Crown tier and afterward, activate this card.

If you are a noobie (gamers term for a new player) and have just started playing PUBG Mobile or just very recently got a hang of the game then, this feature is for you. The Tier transfer feature lets the players below Gold (Bronze or Silver) transfer to the next season without any changes to their tier. What this will allow the new players is that they can restart the new season without losing their reached tier and carry on from their onwards. A nice update for new players.

As a PUBG Mobile player since its inception, I always wanted the developers to add more weapons in the armory. However, we got new weapons pretty late but now, the developers are adding new weapons in the armory for the players very frequently. Moreover, with the 0.13.5 update, there is a new sub-machine gun added which is the PP-19 Bizon (you can check out the image of the weapon below). 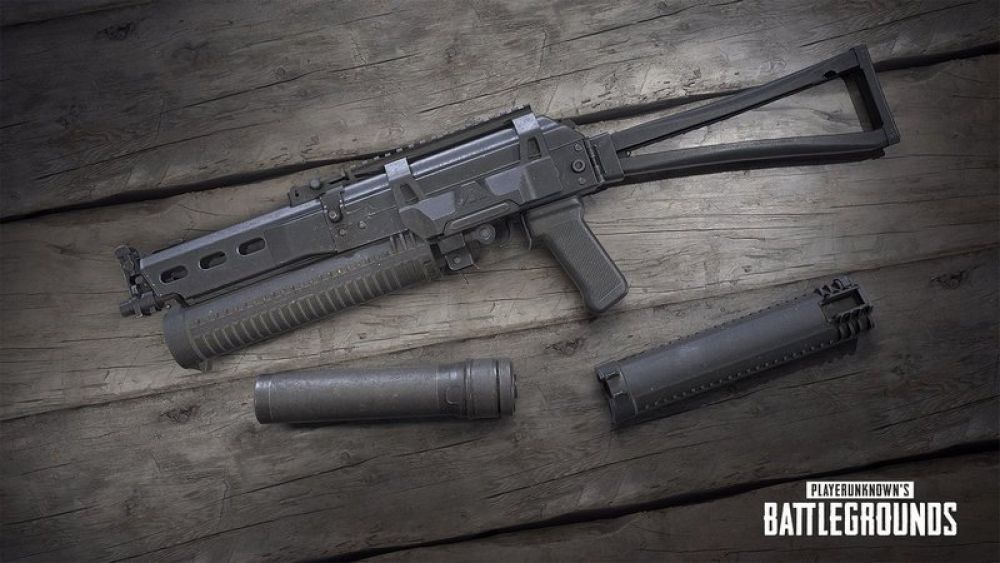 The gun, however, does not support many attachments as shown in the image above. Moreover, the gun is stable and has very low recoil without any grip or attachments. You can use this weapon with 9mm ammo and is a pretty solid gun for close-range battle.

We have already discussed this feature in our previous post regarding the beta update of the PUB Mobile 0.13.5. Moreover, with the stable update, now you can enjoy FPP (First Person Perspective) while playing Deathmatch mode. I personally do not like Deathmatch mode on PUBG Mobile because of its stability and other issues. However, the developers have added this new perspective in Deathmatch mode and we will have to play and then give our verdict whether this changes my opinion on Deathmatch Mode or not.

The new update i.e. the v0.13.5 is rolling out and will soon be made available across the Play Store for Indian gamers. However, you can download the official stable version of the PUBG Mobile available from the Play Store by clicking the image below;

This is not a game. This is a fight for survival.

So, there you have it from my side in this post. Hope you guys liked this post. Note that as this is the new version of the game so, you will have to wait for the official stable version of the 0.13.5 update to roll out to your device and be made available on the Google Play Store. But, as per many sources, the update is likely going to hit the Play Store probably by the start of next week or even before! So, stay tuned and turn on Notification of updates on the Play Store. Please let us know any known issues so that we can update in this post and also do let us know if you come across any issues while following any of the above-mentioned steps.