The OnePlus 7 and the 7 Pro both are high end flagship phones with pretty solid hardware spec.

The OnePlus 7 Pro comes with a triple camera setup, out of which the primary camera is 48MP, an 18MP ultrawide and a 8MP telephoto lens.

And, the OnePlus 7 comes with a dual camera only setup, out of which the primary camera is 48MP, and a 5MP secondary camera.

Although the stock camera on OxygenOS has a good software but that can be further enhanced with a Google Camera APK mod.

GCam 8.2 for the phone is the latest version among other compatible ports listed below:

What Extra Do You Get on GCam?

Below are some of the extra features that you can expect to enhance your existing camera setup on the Poco F3:

It is possible that the latest GCam 8.2 may not work fully on OnePlus 7 Pro. If you inform me in a comment then probably I will try to find an alternate working GCam port. 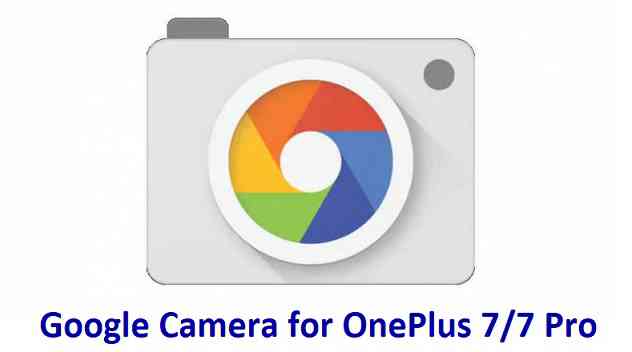 Known BUGs on this GCam for OnePlus 7 / Pro:

TROUBLESHOOTING:
If photos are black and white on the first opening, restart the app and try again.

Visit the Downloads section to get the downloadable GCam mod APK files for the phone.

How to Install the GCam mod?

This xml config installation guide works on many GCam 7.x version ports but in this context it is only meant for the GCam 7.3 version for OnePlus 7 Pro.

New features are keep coming on the Google Camera app and hence there could be many versions of these ported apps for OnePlus 7 / Pro. This post will always have all the compatible mods available for the phone.

Visit the below link to get Google Camera download for other versions and for other devices as well.

Visit the following link to get updates of OnePlus 7 and OnePlus 7 Pro on other Google Camera APK, Custom ROMs and all other device specific topics.

Make sure that there should not be any prior version of GCam OnePlus 7 / Pro - GCam 8.2 Download apk already installed on your phone. If so, uninstall that before installing this one.