Google Camera [GCam] is a trending application which is known for its portrait shorts and natural colors contrast. Let’s know more If you are looking up about Gcam For Sony Devices. Then you are at right Place. Here Gcam apk download is available for Sony devices. Below Listed GCam apks are supported in only Snap Dragon Processor devices or high-End MediaTek processors Like Mediatek p60 and P22.

Apart from the sharp details, Good saturation, Natural colors and skin tone Google camera will also provide an excellent feature which is known as Lens Blur and portrait mode. The Lens Blur/portrait mode of Google Camera has the good accuracy of Detecting edges it never give you Wrong blur whether it is a back Camera or front Camera. Portrait mode is full of naturality and you can also set up the custom blur density which is affordable for you.

Google Camera [GCam] Lens Blur is pretty similar as portrait mode. In this feature, you can use portrait mode with the objects also. You have to Click a Shot simply and Move you device slowly to upward you will see this guide in Google Camera[Gcam] app. It also Supports portrait mode after clicking a shot. You can select which object you want to blur after taking a shot. 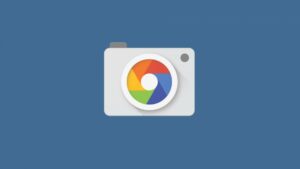 Well, if you have convinced by the brief explanation and some of the stunning images captured and want to try an available port of Google Camera on Sony phone, then below is a list of available GCam port for specific Sony phones.

How to Install Google Camera [Gcam] in Sony Devices

Now let us learn how the installation is done of Google camera in Sony. I want to say that the Installing Google Camera from play store it does not will work. Play Sore gcam is only for Google Pixel Devices. So it is necessary to install camera2ApI. Now follow all the below steps attentively-