Google Camera (GCam) APK version 7.3 is out for Android 10 and here is a working mod of Google Camera 7.3 APK for OnePlus 6 / 6T running on Android 10 which is built by Arnova8G2.

Dual exposure and 24fps video recording feature was introduced in Google Camera 7.3, hence you get the same on the OnePlus 6 / 6T on this GCam version in addition to other features such as Astrophotography, HDR+, ZSL, Super Res Zoom, Night Sight, Slow motion, Time lapse etc. 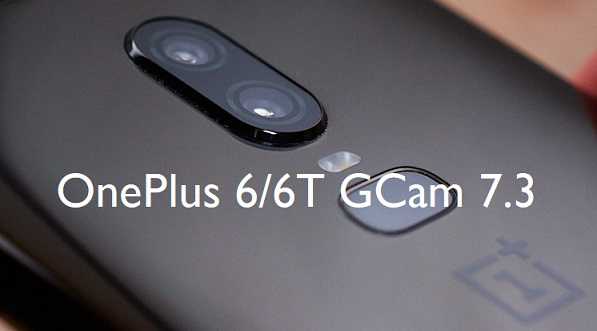 Camera2 API is already installed on OnePlus 6 / 6T. If you still want to verify, follow the below link:
– Verify and Install Camera2 API if it is required.

It is possible that this is not the only Google camera mod that works on OnePlus 6 / 6T. There could be other GCam mods out there that may just work fine on the phone.

That’s all for the OnePlus 6 / 6T’s Google camera 7.3 with astrophotography mode enabled. Stay tuned to this article for more updates on getting a stable or other latest updates of GCam for OnePlus 6 / 6T.

Visit the following link frequently to get latest topics about OnePlus 6 and OnePlus 6T on other Google Camera, Custom ROMs and all other device specific topics.
Android 10Arnova8G2GCam 7.3OnePlus 6OnePlus 6TSnapdragon 855