GCam 7.3 APK out for Android 10 and here is a working mod of Google Camera 7.3 for Razer Phone 2 running on Android 10 or Android Pie which is built by BSG.

Dual exposure and 24fps video recording feature was introduced in Google Camera 7.3, hence you get the same on the Razer Phone 2 on this GCam version in addition to other features such as Astrophotography, HDR+, ZSL, Super Res Zoom, Night Sight, Slow motion, Time lapse etc. Google Camera 7.3 by BSG is compatible with Android 10 and Pie. Hence the same goes for this GCam 7.3 for Razer Phone 2.

Camera2 API is already enabled on Razer Phone 2. If you still want to verify, follow the below link:
– Verify and Install Camera2 API if it is required. 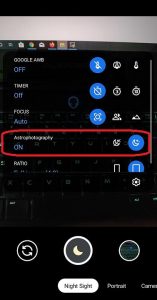 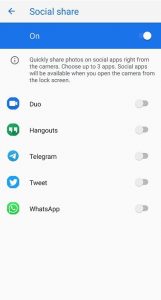 It is possible that this is not the only Google camera mod that works on Razer Phone 2. There could be other GCam mods out there that may just work fine on the phone.

That’s all for the Razer Phone 2’s Google camera 7.3 with astrophotography mode enabled. Stay tuned to this article for more updates on getting a stable or other latest updates of GCam for Razer Phone 2.

Visit the following link frequently to get latest topics about Razer Phone 2 on other Google Camera, Custom ROMs and all other device specific topics.
12MPBSGGCam 7.3IMX363Razer Phone 2Snapdragon 845