Unable to Play Call of Duty Mobile? Closed BETA Testing is Ended and the Servers are shutdown

Call of Duty Mobile APK was released on 16th May for the Closed BETA testing in India. Gamers who pre-registered back in December 2018 for this, have got a chance to play the game.

Not so long ago, the Call of Duty Mobile 1.0.2 version was updated on Google Play Store which added many optimizations to the game and delivered many bug fixes. 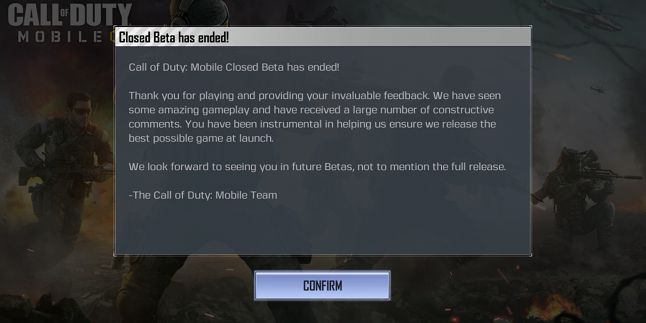 Call of Duty Mobile Closed Beta is Shutdown and Access to game restricted to India only:

Thank you for playing and providing your invaluable feedback. We have seen some amazing gameplay and have received a large number of constructive comments. You have been instrumental in helping us ensure we release the best possible game at launch.

We look forward to seeing you in future Betas, not to mention the full release.

-The Call of Duty: Mobile Team.

Call of Duty Mobile Public Beta is around the corner (probably):

Administrator of the official Call of Duty Mobile game: LethalRachet has announced on his discord server that:

Hey there, as you guys might know that Call of Duty : Mobile has banned VPN service, yes. It is true. Now only people who live in India can access get to the game. But don’t worry as the global might release soon or you can try several bypass methods to overcome this issue.

[Announced by @LethalRachet on Discord server]

Call of Duty Mobile is restricted to play only from India:

As you now know that the game is only allowed to play from India and restricted for other geo locations, below is the proof to justify this statement.
When I accessed the game from Irvine, California, I got the Server Shutdown and Network Error messages when I was loggin in. Below are the screenshots: 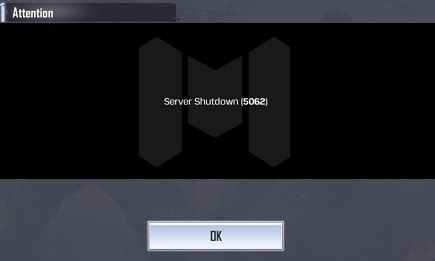 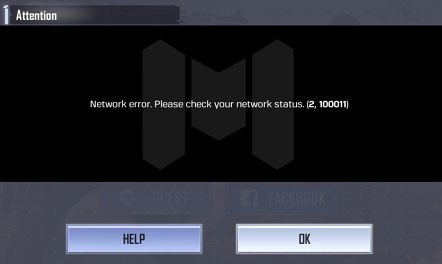 The updates for Call of Duty Mobile is coming very fast. Before you speculate something, there is another update on this game. So I hope the public beta release will come soon, but nothing has been announced official yet apart from LethalRachet’s statement.

That’s all about the latest news of Call of Duty Mobile. Stay tuned for the latest upcomings on this row. Also, the following page will always give you the latest [button anchor=”Call of Duty Mobile APK Download” url=”https://www.cyanogenmods.org/call-of-duty-mobile-apk-download/” size=”medium” style=”metro” color=”success”] no matter what.