List of Best Racing Games You Can Play On Android

0/5 No votes
Report
Version
Varies with device
Updated
August 1, 2021Requirements
4.4 and up
Size
Varies with version

Racing is one of the most favourite genres of gaming among gamers on every platform. It can give you an adrenaline boost. Packed with higher graphics and features it can surely entertain you. There are uncountable numbers of racing games available across different platforms. Android has also hundreds or even thousands of games of racing. The last time we have listed the best cricket games for android. This time we want to do a similar for racing games.

The challenge of finding the best racing games for android is immense. There are many sub-classes in this category of games.

Racing games do not refer to realistic Car-Racing only, there are off-road racing, motorbike racing, drag racing, futuristic racing, and much more.

So making a list of the best Racing Games is a challenging task.

Depending on the main focus we have made three categories here- Car Racing, Bike Racing, and Other Racing games.

The games we have listed are not ordinally, because the best game can be different depending on a player’s perspective. So, we are not telling you this is the number one best game or so.

There are many games focused on car racing. Some have incredible graphics and some are very much fun to play.

Games we think, belong to the category are-

For android devices, you talk about racing games and that does not include Asphalt it cannot be done. Throughout the years Gameloft SE has produced many games in this genre.

The last incarnation of the series is Asphalt 9: Legends. It is arguably the best racing game android has to offer. Its predecessor Asphalt 8: Airborne was the fan favourite for a long time. Asphalt 9 has better visuals, better tracks, and better cars. Though it does not provide as good a gameplay experience as its previous adaptation.

Electronic Arts develop games for all platforms. It has provided android with some games, unlike others.

They have brought iconic games of PC platforms like Need for Speed™ Most Wanted and Need for Speed™ Hot Pursuit to the android platform. Also, brought some of the best racing games for android.

Real Racing 3 has redefined Motorsports. Having realistic graphics and SFX has made it one of the best games of racing for android.

Over 300 real vehicles are there for you to be tested on 19 different real tracks is really something you should experience.

Also, you can play online with eight players in multiplayer mode. The inclusion of formula 1 has taken the game to another level. It is undoubtedly among one of the best games android offered for the racing experience.

The next game we have is again from Gameloft SE. With more realistic physics and gameplay dynamic, it is sure to attract your attention.

This free-to-play game offers everything related to racing. There are many ways to improve the performance of your driver. Players can gather, redesign and alter the absolute most exquisite fascinating vehicles in their presentation shop and appreciate subtleties remembering motor and insides for full HD.

You can build your own garage for your own hypercars. If you want to pay some cash, then this is the best game for you. It is worth every penny.

Its higher graphics resolutions, realistic physics, and damage simulation are enough to prove its remuneration against the money. Though there is a small catch. Due to its extensive quality and huge size, only limited higher-end phones are capable of delivering the full experience.

You can avoid it if your phone is not listed on the supported device, otherwise, you can go for a journey you will cherish forever.

If you are onto retro gaming, then this game will live up to the mark. The graphics of the game will take you back to the old days. Coupled with modern-age tweaks, it is fun to play.

After playing the first thirty races, if you think it amuses you, you can then purchase the full game. It’s an addictive racing game inspired by the great hits of the ’80s and ’90s. Each curve and each lap in Horizon Chase recreate classic arcade racing gameplay and offer you unbound speed limits of fun.

It is another game having high resolutions and impressive graphical themes. Streamlined controls focus on the fun – timing your gas, brake, and boost are the keys to victory.

Its simplicity has taken it among the best android racing games. Formula One racing has different kinds of appeal to some people. If you are one of them, there is no reason you would not love it.

Develop and customize your own F1® car from the ground up, or race for one of the 10 official F1® teams, to challenge opponents from around the world to thrilling multiplayer duels.

You can enjoy the feeling of being a real F1® driver with gorgeous visuals. It is among the top games of formula one racing. For free offroad rally racing, no games can defeat Asphalt Xtreme: Rally Racing. So forget everything you know about racing because all you need here is your instincts, real skill, and a fearless desire for speed.

You’ll race around sandhills, charge through canyons, drift across the dirt, and climb past your opponents to reach the finish line as part of an absolutely extreme racing experience.

There are always new obstacles to climb and experiences to try with 5 game modes, over 300 Career events, more than 1,100 Mastery challenges, Limited-Time Events, Daily Missions, Special Projects, and truckloads more on the way every update. It was used to be the best offroad racing, but recently, there are some bugs and developers are busy with other games, so it is falling behind.

It is the most realistic rally racing simulation for android. Rush Rally 3 has different weather options with a 60fps frame rate which brings the game to life.

It is a paid game, but the money will not be wasted if you buy this one. You can go with a career to be the best rally racer of the game universe. There is voice navigation to make the gameplay experience even smoother. The drift mode for collecting bonus points is also fun and it can reduce your stress from racing in the wild.

In this, we have listed best games as-

It is a motorcycle racing game that keeps you on track and focused on what wins races. Experience the intense racing action that is MotoGP.

High-quality graphics and realistic simulation have made it one of the best android motorbike racing games.

You can play multiplayer with players around the world, also you can play with your friends in a local connection. This high graphic dirt racing simulation will fulfill your need to ride in the ruins. Race on dangerous roads to win the title of the best driver.

Special bikes made for dirt racing are included in the game to give you authentic feelings. It is among the best motorbike racing games for android. It is another realistic MotoGP racing game with nice visual quality.

You can race in different locations on different tracks with a range of different vehicles. You do not want to race against other racers on difficult racing tracks but you want to ride authentic superbikes and travel along the highway, then this game will surely fill your dream.

With many normal motorbikes to superbikes, realistic brake, and gear simulation, go on a highway filled with obstacles and traffic.

At different times of the day experience biking. If you like Traffic Rider, another you can try is Moto Rider GO.

The first game to redefine biking for android is SBK16 Official Mobile Game.

It brought an authentic biking experience to the android. With better graphics and gameplay experience it is the torchbearer for many bike racing games developed later for android. This game falls a little behind graphics wise the previously mentioned ones. But it gives a decent experience.

You can choose from a wide range of vehicles and race on the tracks. If you liked Traffic Rider, they have Real Moto Traffic to give you that kind of feel. There are other categories of racing games. From drag race to futuristic vehicle race to BMX race to Manager games. Here are some of those games we have listed-

Realistic graphics, gear change simulation, and huge modification ability have earned it among the top of the best drag racing games on android. This is another drag racing game having intense graphics.

The fluid dynamics is very fun to enjoy. The inclusion of Electric Cars besides the traditional muscle cars has taken it to another level. It is wonderful when some low graphics game makes its place on the top with the right resolution games because it is fun to play.

Hill Climb Racing is one of those games, which you can play for hours and not get bored. It is simple yet enjoyable and also challenging at the same time. If you are amazed by it, there is also Hill Climb Racing 2 for you with some improved options.

Want to drive fun cars with even funnier-looking drivers? Also, want to blast your competitors out of the tracks?

This is the right choice for you then. You can have fun while driving.

Grab from a set of powerups in the race to give you the upper hand over your competitors. Okay, you have played enough traditional games. You do not want to drive on the road again.

Wait, don’t leave, here is the solution for you to keep you interested in racing.

You can ride a futuristic bike hover over water, roads even the sky. The eye-catching graphics will also soothe your mind. This is the perfect game for you if you do not want to race yourself rather you want your team to come up on top.

Motorsport Manager Mobile 3 is the best racing manager game available for android. Start with a small team, manage your team to victory, and expand your team.

You can sim the race of your driver also. Though this is a paid same, you can also experience some kind of similar pleasure playing Motorsport Manager Racing, which is also developed by the same developers.

Which is the best game suited for you is entirely your decision. We just wanted to narrow it down for you and make it easier to found the best racing games for android. Grad your phone and start racing, enjoy! 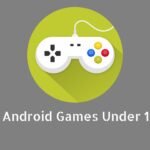