Recently, we got the latest Android 11 update for many devices. So, with this update, we will also get a latest version of Google Camera or GCam for Android 11 which is the 8.2 version.

This post lists down all compatible GCam mod available for various phones running on Android 11. 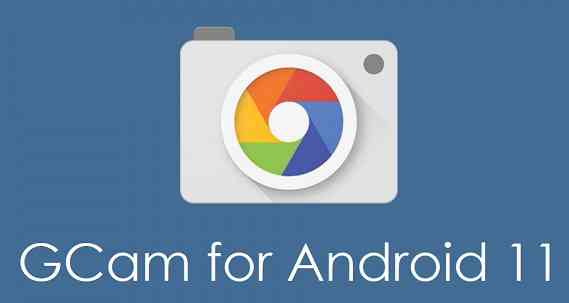 Let’s look at some of the key features upgrades in the latest version of the GCam.

Just like other previous versions, where we got Astrophotography, Night Sight etc. features with a major upgrade of the app. This time as well it comes with many significant updates which are listed below:

This feature is available on GCam 8.1 onwards but not all mods have this features.

A similar feature which was introduced in Galaxy Note 10 (correct me if I am wrong). This is like capturing the audio only from the area that is in the view finder.

If you Zoom then the audio zoom recording should adjust accordingly what to capture.

It is possible that this feature may need some sort of hardware support. If this happens, this would be deemed useless for almost all legacy phones.

It is confirmed that the latest GCam 7.6 that is found on Google Pixel 5, is going to have the Audio Zoom feature as shown in the below images. 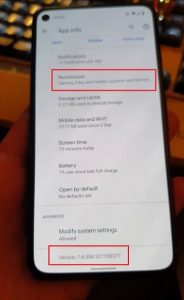 The gimbal like software stabilization was introduced in Go Pro Hero 7 and is now being added by leading camera app producers.

You will get 4 modes of video stabilization introduced as listed below:

Earlier there was a separate Night Sight mode available to capture images in low light conditions.

In GCam 8.2, the Night Sight feature has been added to the Camera mode and the portrait mode as well.

Normal video recording, Time lapse and Slow motion recording options are all placed in one interface.

Slide left or right to switch to one of the modes to shoot a video.

In an era of online streaming, this feature is very much handy when available right from the camera preview window. This is just like the existing Image share feature that allows you to send an image to a supported social media app.

Well, it is quite obvious from the above features that Google is making a camera app for the professional photographers and movie makers. And obviously this would be a very practical application of the camera app if it capable of doing so.

For a wide range of device specific GCam ports you can always look into the below link:
Google Camera Download

The below list contains compatible GCam for Android 11 phones. You can scroll down through the entire list which is organized by phone manufacturer and model name to find a compatible Google camera port for your phone running on Android 11.

How to Install GCam on Android 11?

Just download the APK file and tap on it to start the installation process.
If prompted, allow to install from unknown sources.

That’s all on this latest GCam update for Android 11. If you have any issue running any GCam mod on your Android 11 phone, just leave a comment to get a reply back from us.

Make sure that there should not be any prior version of Download GCam Mod for Android 11 | GCam 8.2 apk already installed on your phone. If so, uninstall that before installing this one.