Xiaomi Redmi 8 was launched last year with the Android 9.0 Pie operating system out of the box. The firmware update for the Redmi 8 comes with an 11.0.1.0 QCNCNXM build number and weighs 2.0 GB. But still, the Redmi 8 will run on MIUI 11 only, because the update is an Android cross-version upgrade.

Aside, from the Android 10 feature, the update also brings June 2020, Android security patch level. The update also brings usual bug fixes and performance improvements. As of now, the company rolled out updates only for China. We expect that it will available for global soon with MIUI 12 of course. 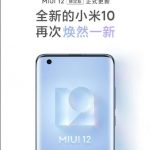