Looking for ways to kill time? How about shooting down a few zombies? Well, that’s exactly what you get to do in the game we will be taking a look at today. Walking Zombie Shooter is a relatively new game on the Play Store, but has managed to grab over a million downloads in total. Read on to find out how you can download and install the latest version of the Walking Zombie Shooter Mod APK on your Android device!

There are about a million zombie games on the Play Store, but only a very few of them are even worth trying. Walking Zombie Shooter is luckily in the second camp of games. It is really fun to play but also gets increasingly difficult, making it that much more addictive. In today’s guide, we will be going over how you can easily play the modded version of Walking Zombie Shooter free of cost. But before that, let us first take a look at the gameplay mechanics and all that the game has to offer! 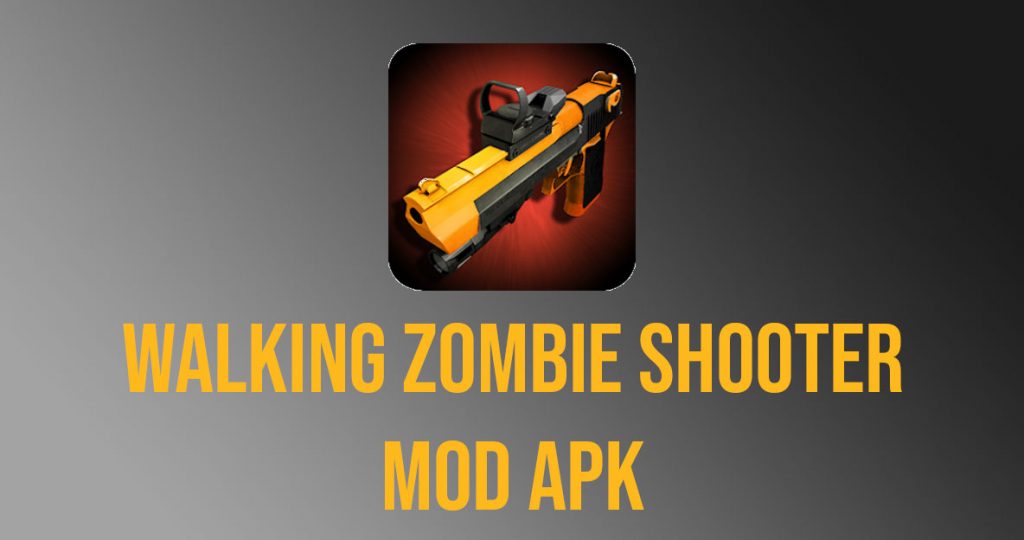 The game is pretty straight forward, and might I dare to say, pretty old school, although in a good way. Your only goal is to navigate your character across the screen using the slide controls. You automatically shoot the bullets, killing the zombies that are rapidly approaching you.

The game seems easier in the first few levels but the difficulty kicks in really quick. The zombies, although brainless, keep getting stronger as they come, requiring more bullets. They also inflict more damage to your character if you are unable to kill them.

To counter attack the increasingly difficult zombies, you can visit the armory shop and grab stronger weapons. You can also collect gold and money to upgrade your weapons. As the levels pass by, you will get even harder zombies with different abilities. All you have to do is keep on upgrading your weapons and form better tactics to kill all the zombies.

What we really did not enjoy about the game were the annoying ads that would popup almost after every level. You can choose to disable the ads by making a purchase but that shouldn’t be done out of need. Other than that, the only forms of currencies can be earned by playing the game day and night.

With the modded version of this game, you will get a lot more gold for every round you play – enough to grab all the different weapons and the weapon upgrades that are offered in the game. With the money, you can also get armor and a helmet that will better shield you against all the zombies.

You can download the latest version (v1.0.0) of the Walking Zombie Shooter Mod APK by following the link provided below:
Download Link

All in all, Walking Zombie Shooter is a great way to kill some extra time if you have that on your hands. The game only gets better with the modded version thanks to the unlimited money and increased gold for every round you win.

If you want to download the original version of Walking Zombie Shooter, then you can follow the link below to its Play Store page.