You need to unlock bootloader on Galaxy F41 in order to ROOT it, install TWRP recovery, or to install custom ROM such as LineageOS etc.

Bootloader unlock process on Galaxy F41 is a very simple process unlike other OEMs which use fastboot to unlock the bootloader. in addition, I will be taking you through a very simple step by step guide which I bet to be a buttery smooth experience even for the first time users.

WARNING:
The KNOX counter will be tripped once you unlock the bootloader on Galaxy F41, which will VOID the warranty!

All data on your phone will also be deleted while unlocking the bootloader. So, you may consider backup data on your Phone.
YOU are the only person making changes to your phone and I cannot be held responsible for the mistakes done by you. 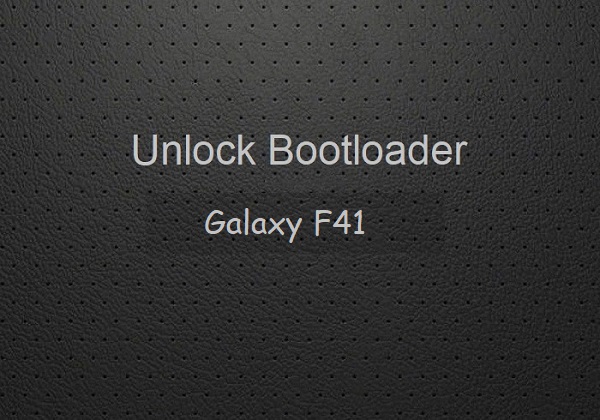 How to Unlock Bootloader on Galaxy F41?

Allow VaultKeeper to Completely Unlock the Bootloader on Galaxy F41

VaultKeeper, RMM State: prenormal etc. are not new things. They are at least 2 years old from now.

To make sure that the VaultKeeper fully unlocks the bootloader to allow foreign partition flashing, which is important if you want to flash TWRP or want to ROOT using Magisk etc. then follow the below instructions.

There is something called as VaultKeeper that will try to relock the bootloader after the data wipe.

You can consider a backup using Galaxy Smart Switch or any other backup application of your choice.

What to do after unlocking bootloader on Galaxy F41?

If you face any problem after following this guide or your are unable to unlock the bootloader on your Galaxy F41, then login and leave a comment on this thread to get an instant reply from any of the forum users.

Further, stay tuned to the Galaxy F41 page for more device specific updates.
If you are interested in GCam, be the first to join our bigger GCam community on our Telegram Channel.

Welcome to Chrome Beta for Android! …