Xiaomi sub brand Black Shark has recently unveiled the Black Shark 3 which is its own gaming line up series. Today I have brought you the bootloader unlock guide for Black Shark 3.

If you wan to install TWRP or LineageOS or root your Black Shark 3, you need to unlock the bootloader of your phone. More on bootloader unlocking in the later section. 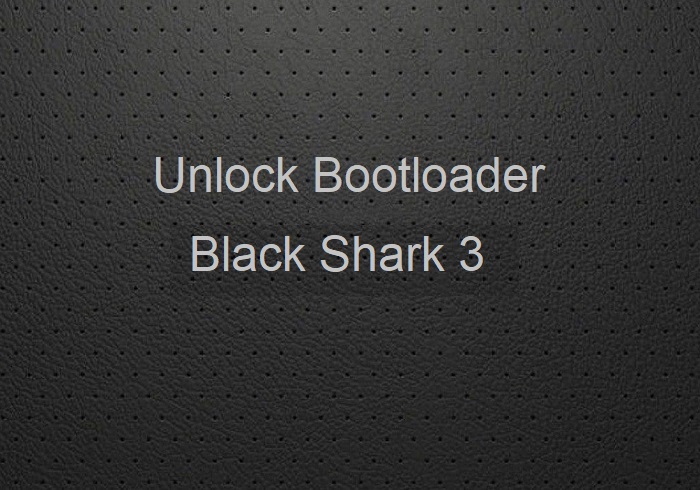 What is a Bootloader and why is it locked on Black Shark 3?

If you are a new user on this website or a new Android user then you might not know what bootloader unlock is and why do you need to unlock the same.

In computing, the startup process of a device is called as boot-up. During this boot-up process, the device is unusable by the user until it boots-up completely.

A boot-loader is a piece of software that loads other software(s) during the boot-up process. In Android, this bootloader is locked to make sure no-one can alter what is being loaded by this bootloader.

Usually, a user can install software only after the boot process is complete, and when the device is ready to use. So, basically the bootloader software is not something that is meant for the user but to run the device. If not secured, the user may alter the boot-up process leaving the device unusable.

Locking the bootloader ensures that the software integrity of the phone is trusted, meaning it has not been modified from the stock and hence used to provide or discard warranty, etc.

Once you understand what is the bootloader and want to unlock it on your Black Shark 3 then below are the few things that you need to do or download first.

How to Unlock Bootloader on Black Shark 3?

Other useful links for Black Shark 3

Well, that’s all on this Black Shark 3 bootloader unlock guide. If you face any kind of issue while following this guide, then just leave a comment here to get a response back.

Like it? You can always visit the Black Shark 3 (SHARK MBU-A0) page to get more device specific topics.
Black Shark 3Bootloader Unlock

Advertisement This release does not have …

Link Sharing is a file sharing …

Advertisement This release does not have …