Should you Use Microsoft Ecosystem on Android?

It was originally thought that if you were to get a phone that had a Microsoft eco-system embedded into it, it had to be a Windows phone. However, since then, it has come to light that with the right software, you can turn any Android into a Microsoft-centric phone with PC-syncing capabilities.

At this point, the Windows Phone platform can be considered effectively dead in the water. That may leave you thinking that only the high end laptop will have the most advanced Microsoft ecosystems, but that’s not the case. You can still get a fantastic Microsoft experience on your mobile devices. 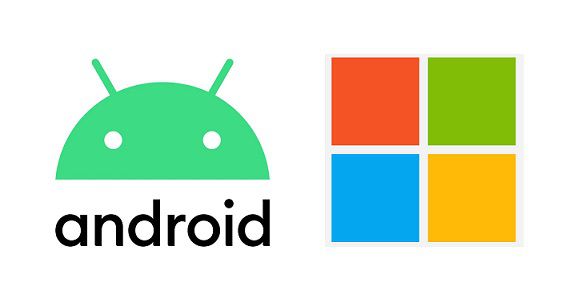 With the age of the Windows phone out of the way, Microsoft has devoted its time and considerable energy to creating a mini-platform within a Google Android ecosystem. Given the immense flexibility of Android phones along with the customization potential, there are some real
Microsoft ecosystem possibilities.

Having the right app set along with the knowledge, you can easily create a Windows-centric environment on any Android device. You will get everything from the services you adore to the harmony between phone and PC (be it a laptop or a gaming laptop) that you crave, and it’s at your fingertips.

The central core of your Android phone setup is the home screen. You can turn it into a hub called Microsoft Launcher. At first, the launcher has the same features that you find in most other Android launchers—the usual tools for customization, shortcuts, and so forth.
Beyond the basics, there is a lot of Microsoft in the mix of Android led programs. You have Bing search by default, the access or Cortana, and the prominent placement of all of the Microsoft apps.

The most distinct element to it all is Microsoft’s “Google Feed,” which contains a collection of news, weather, notes, tasks, and much more in the appropriate Microsoft applications.

Microsoft launcher allows you to link to your Windows 10 PC and pull up all recent activities, including documents, websites you have opened, and much more. It is rumored that there will be support for both work and school accounts coming soon, along with all the other Microsoft-centric things currently available.

Having Microsoft integrated into the Android phone and taking a prominent place allows you to have continuity, regardless of where you are or what you are doing. You can be fully connected to your PC with your phone, giving you the full Microsoft-Android experience.

To get continuity is simple enough. First, if you aren’t already working off of a Google account, you can download our phone companion app. Follow the steps so that you can establish a link between your phone and your Microsoft account.

However, if you use a Google account for both the set up of your phone and the same for your Microsoft account, it will automatically sync the minute you log into it on your new phone or laptop. The reason for this is that when you use Google, you can set up sync between devices. It will either be prompted on your Android or your laptop when its AI recognizes the connection between your Android phone and your Microsoft account.

To make your browser Microsoft-centric, you want to download Microsoft Edge. It does not come automatically on Android phones. It is your responsibility to set it up manually. Even though your Android will come pre-installed with the entire Office suite, you have to get the browser manually.

Edge makes it easy for you to connect between devices. The same way that Google Chrome works for establishing a connection. Ultimately, it will be up to you to establish what browser you prefer.

Microsoft OneDrive app comes pre-installed on all modern Android phones that have a large ecosystem. Samsung’s higher ranger line (The galaxy Note series, S Series, The latest Galaxy phones, etc.), along with other types of top model Androids, will have OneDrive ready to go. However, older and lower-end models require you to download OneDrive manually.

If you are wondering what OneDrive is, it is the cloud storage specific to Microsoft.

Microsoft Office has come a long way for Android devices. The versions of Word, Excel, and even PowerPoint that you get on an Android are just like features, polished and pleasant to use as you would find on any desktop version. You get a full experience using Office on Android. Again, it comes pre-installed on most Android models.

There is so much more that allows you to have a complete Microsoft ecosystem on Android Smartphones. From the Assistant (Google Assistant and Cortana) to Authentication, you can have a full Microsoft experience from your android device.

However, your best bet for a full Microsoft ecosystem and PC-syncing is through the use of your Android device and it is worth it.