Every month, most of the brands try to push monthly security updates for their devices. Recently, many OEMs like Huawei, Nokia, Honor, Vivo, and Xiaomi has made updates for its devices. The list of devices that received the new update includes Xiaomi Mi Play, Redmi 7, Vivo Z1Pro, iQOO. Huawei Enjoy 9, Honor 9X Pro, Honor Band 5, and Nokia 5.1 Plus. We will look in detail about the updates of these devices. Interestingly, Honor has pushed the update for its Band.

The update for the Mi Play comes with the build number V11.0.8.0.OFIMIXM, and also with the August 2020 security patch. And, please do note that the update is for the Global units. Here is the changelog of the update.

The OTA for the budget device from Xiaomi, i.e. the Redmi 7, comes with the build number V11.0.7.0.PFLINXM. Like other devices, it also comes with the August security patch. You can download the update by clicking here.

Z1 Pro receives the August update, which comes with the build number  6.10.3 and weighs just less than 150MB. The main highlight of the update, apart from the security patch, is that it has some performance fixes for the gyroscope. 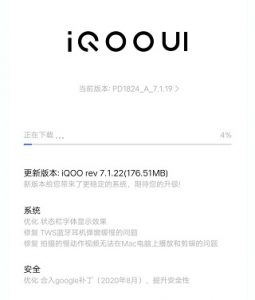 iQOO is the first device from the sub-brand of Vivo. The new update fixes the issues relating to TWS. It comes with the version number 7.1.22 and also weighs less than 150MB.

Changelog
This update incorporates Android security patches to enhance the security of the mobile phone system. 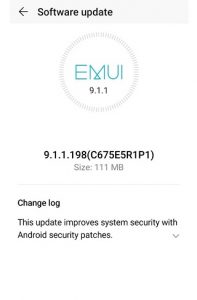 The update for the Honor 9X Pro comes with some minor improvements over the other. The update has the build number  9.1.1.198 and weighs only just 111MB. 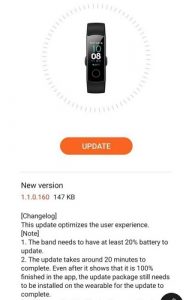 As said, Honor has also pushed updates for its Honor Band 5. The update weighs only 111KB and comes with the build number 1.1.0.160. It comes with some changes, as you can see in the screenshot. 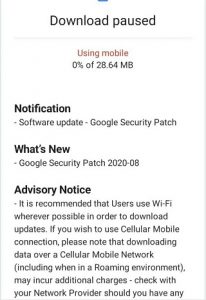 The last device on our list is Nokia 5.1 Plus, and to our surprise, it just weighs only 28.64MB. We don’t know what Nokia has done with the new update. You can see some changelog present in the screenshot.

That’s it, we have done with the August patch update article aKa Security updates article for various devices. Do let us know if you have any queries in the comment section below.