Personally I like to play FPS action games all the time because the adrenaline rush that it brings is what drives me crazy. If you are one who also loves to play action packed games, then today I have brought you a Mod APK of Sci-Fi Cover Fire : 3D offline shooting games, that I am sure you will love it.

Now when everyone wants to go to Mars to explore, how about a game that is based on Aliens and Mars? The Sci-Fi cover Fire game is all about that.

In the past we have covered some great FPS action games like: the Cover fire MOD, Walking Zombie shooter mod, Dead target mod, and many more, which you can get it in the MOD APK link. This game is based on Unity which is known to provide the best 3D graphics platform for Android games.

That’s just the attraction. Apart from the 3D graphics, the story in the Sci-Fi cover Fire game is based on Mars where you have two friends and you need to kill all the aliens to survive.

There are different levels and weapons to unlock to play the game. But with this Sci-Fi cover Fire Mod APK you do not need to worry about that.

So, it starts wtih you, a weapon, and your two friends where you are given a mission, basically a target to kill all the aliens to go to the next level.

With every level up, the difficulty level also goes up. No doubt you have all the weapons but that does not enhance your skills.

So, you need to have clear focus to complete the mission. The stock APK that is available on play store has all the levels locked except the 1st one. Also the weapons are locked.

But in the mod apk you have everything unlocked.

But it has advertisements. Well, the ads do not disturb while playing the game but sometimes they do annoy otherwise. 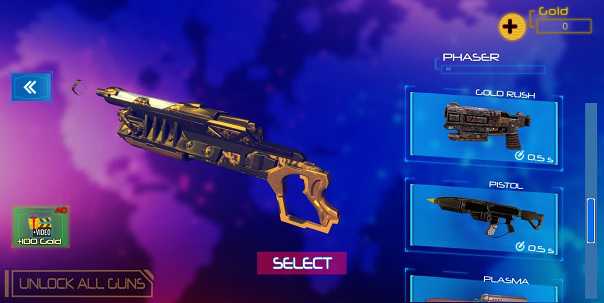 Well, below is a direct link to download the Mod APK of file for Sci-Fi Cover Fire game v1.0

With a gameplay that starts in Mars and with killing aliens, it has clearly a unique gameplay.

With the Mod features of unlocked levels and weapons the game gets a little bit interesting but the difficulty level is still challenging.

For example, the level 9 where you have only 2 minutes 30 seconds to destroy 4 drones and kill all 5 aliens. Not an easy task.

An FPS game, with mod features, and moderate difficulty level, what else you need for a complete FPS action game?

If you want more such FPS games or Mod APKs or Mod games etc. you know where to visit.