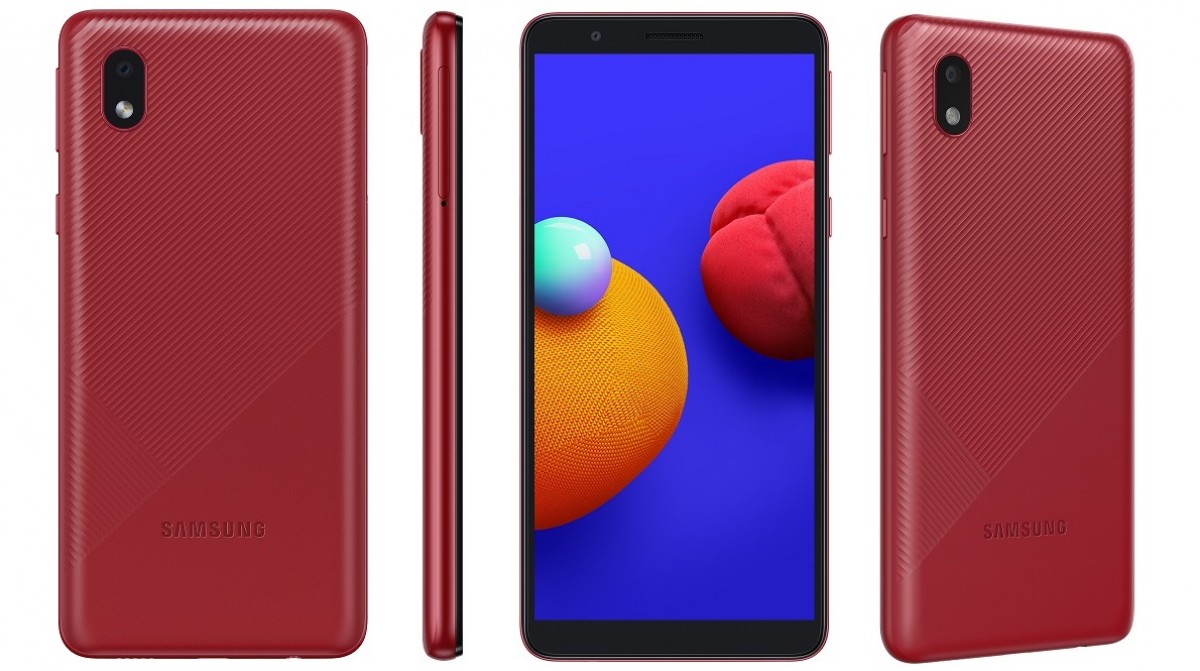 Samsung Galaxy M01 Core comes with a 5.3-inch TFT display panel with 720 x 1480 pixels of resolutions. It offers an 18:9 aspect ratio and a 277 PPI density ratio. The other two Galaxy M01 and Galaxy M01s models had sub-HD screens. But for the cheapest phone, screen configuration is not bad.

Samsung’s entry-level smartphone powered by Quad-Core MediaTek MT6739 processor onboard which clocks at 1.5GHz maximum. There are 4 x Cortex-A53 cores for CPU along with Mali-T760 MP2 GPU for graphics.

The Galaxy M01 Core has two RAM and storage variants, 1 GB RAM with 16 GB storage and 2 GB RAM with 32 GB storage. It comes with LPDDR3 RAM and eMMC 5.1 storage feature. Both the variants featured with triple card slots, two nano SIMs and a microSD.

The phone powered by 3,000 mAh battery inside the body which is more than enough to light up the phone for a long time. There is also a Power Saving Mode for mote battery life. It has 4G, VoLTE, 2.4GHz WiFi, Bluetooth 4.2, 3.5mm headphone jack, and MicroUSB port connectivity features. The phone is available in Red, Black, and Blue color variants.