Xiaomi launched its Redmi Note 8 Pro in the year 2019 which was the first “64MP” device from the brand. The device was launched with MIUI 11 on top of Android 9 Pie. Back in April 2020, the brand has released the Android 10 for the device. There were some reports in June that still some users haven’t received the Android 10 update. Now, the brand has released the stable MIUI 12 update for the device in India.

The device was also listed in the second phase of the MIUI 12 rollout. MIUI 12 was launched in April in China and was launched Globally in May. A few days before, the brand has rolled out the MIUI 12 stable update for the users in China. And the day before yesterday, the brand has rolled out the update for the Global units. FYI, the Pilot testing of MIUI 12 for the Redmi Note 8 Pro was begun on July 17 in India.

As we said, the stable update is now only released for the “Pilot Testers” in India. The new update comes with the version number “V12.0.0.3.QGGINXM” for the Pilot testers. The update was rolled out Globally in the same manner. One of the users who were part of the “Pilot Testing” has shared a screenshot of the same. 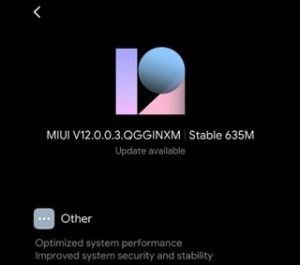 There are no reports when exactly the brand will release the update for the masses. We guess, once there are no bugs reported in this stable version by the testers, then the brand will release it. Apart from Indian users, Indonesian users are also expected to get the update in August. There are some reports that several Redmi devices that were listed in phase 2 will receive the MIUI 12 update in August. Stay tuned with us for more information like these.