Redmi Note 4 Lineage OS 16 is one of the many which has already got Android Pie update.

Well, these are all UNOFFICIAL builds of Android Pie for Redmi Note 4 which is brought to you by Abhishek987. 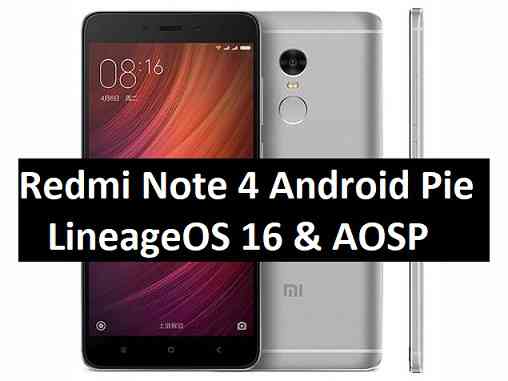 Status of the AOSP and LineageOS 16 Redmi Note 4 builds:

Both the Redmi Note 4 Android Pie builds are reported as stable builds with very minor BUGs present.
Except Hardware encryption, everything is working on these ROM builds.

This is pretty much impressive status of these ports if we take into account that Android Pie source code was released a couple of weeks ago.

According to the LineageOS stats (not accurate though), Redmi Note 4 is the second popular device running LineageOS including, LineageOS 16, LineageOS 15.1 etc.

This is quite obvious from the treatment it has received from the developers for the latest Android Pie.