It seems that Xiaomi isn’t finished yet with the smartphones in the Redmi K30 series. Today, the brand through a Weibo post has confirmed that the Redmi K30 5G Speed Edition will be launching on May 11. The event will kick off at 2 PM in China. The brand launched Redmi K30 (first 5G device from the brand) in December 2019 with the Snapdragon 765G. It is the cheapest 5G smartphone from the brand. They had also launched the more affordable Redmi K30 4G with the snapdragon 730G SoC.

It was rebranded as Poco X2 in the Indian market. Further, in March 2020, the brand launched the Redmi K30 Pro and Redmi K30 Pro Zoom with the Snapdragon 865 SoC. 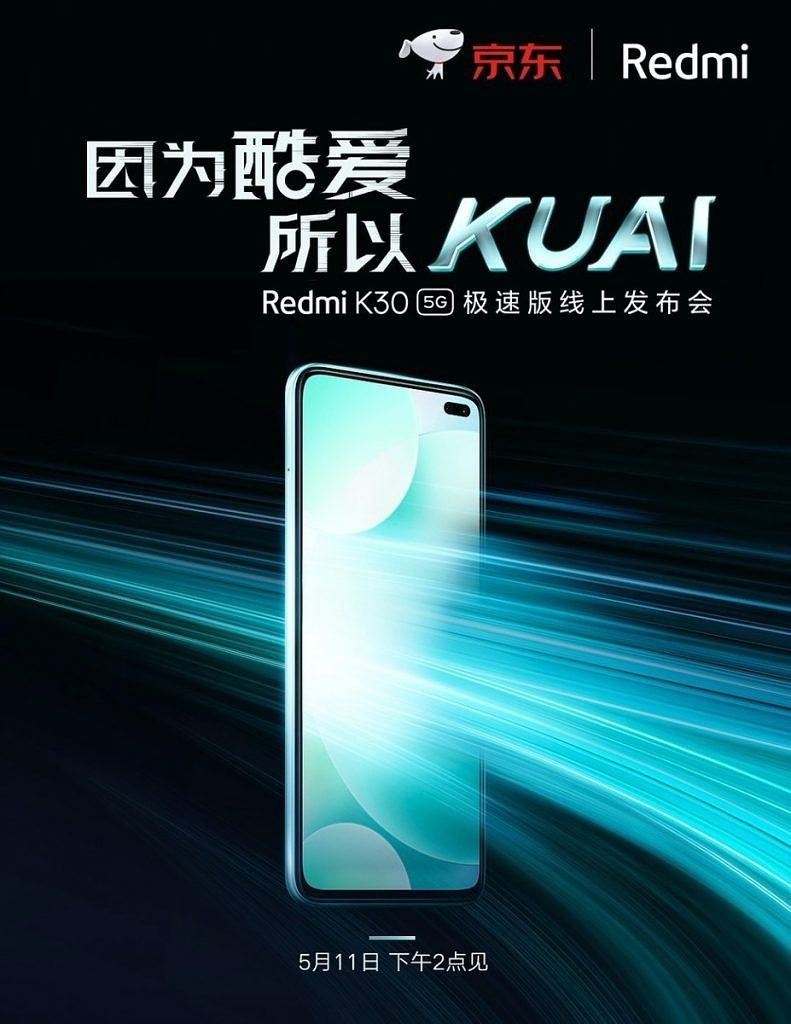 However, the teaser doesn’t come with any specifications of the smartphone. It only tells us that it will continue to sport the double punch–hole setup. But the teaser confirms that it will be selling through JD.com. The listing on JD.com suggests that it will feature the unannounced Qualcomm Snapdragon 768G SoC with 6GB of RAM and 128GB of storage. Since Xiaomi named Redmi K30 Speed Edition, the SoC will better than the current one. So, the Snapdragon 768G will be an enhanced version of Snapdragon 765G. The highlights of the device are listed both in the title and in the detailed specifications.

Further, the listing tells that it will sport a 6.67 inch LCD panel with a screen refresh rate of 120Hz. The camera setup will also be similar i.e., 64MP primary lens, a secondary 8MP sensor, 5MP macro sensor, and a 2MP depth sensor.

A popular tipster has shared through a Weibo post that the brand will launch the Redmi 10X 4G, Redmi 9, and a Redmi 5G phone fueled by Dimensity 800 chipset in May 2020. However, the Redmi 10X 4G will be the rebranded Redmi Note 9, which was launched on April 30 for the European markets. While there is information about the Redmi 9, the tipster adds that it will be unveiling as Redmi 10. But the Rumours surrounding it suggests that it will be launching with the Helio G70 SoC. Earlier, a Xiaomi device with the codename “Merlin” had appeared in GeekBench with the same SoC.

The Redmi phone with the Dimensity 800 chipset will be the upcoming Redmi K30i. Since it was earlier surfaced with the tagline of the cheapest 5G smartphone from the brand. It will be arriving with a quad-rear camera setup with a primary 48MP sensor. Anyway, let us wait for official teasers for more information regarding the same.