Realme is working on a new Realme X series smartphone. According to the previous reports, the upcoming smartphone from the company called Realme X3 SuperZoom. The company teased phone that it might be featured with higher zooming capabilities.

Here’s some exclusive leak for you guys:

realme X3 SuperZoom will support upto 60x Zoom & it will come with a “Starry Mode” feature that will help you to capture Milky Way shots (Yes, you’ve read it right, Milky Way!)

I’m already excited about this device. What about you?

In the last month, the phone certified by NBTC certification for the body in Thailand. The phone also appeared on Geekbench and revealed some details. According to the benchmark, the X3 SuperZoom powered by Snapdragon 855+ processor, 12 GB of RAM and runs on Android 10 OS. The phone also got Bluetooth SIG authority in also last month.

It seems that the Realme X3 SuperZoom will have a 108MP Penta Camera Setup. Nothing confirmed yet but this is what it is being rumored on the internet. 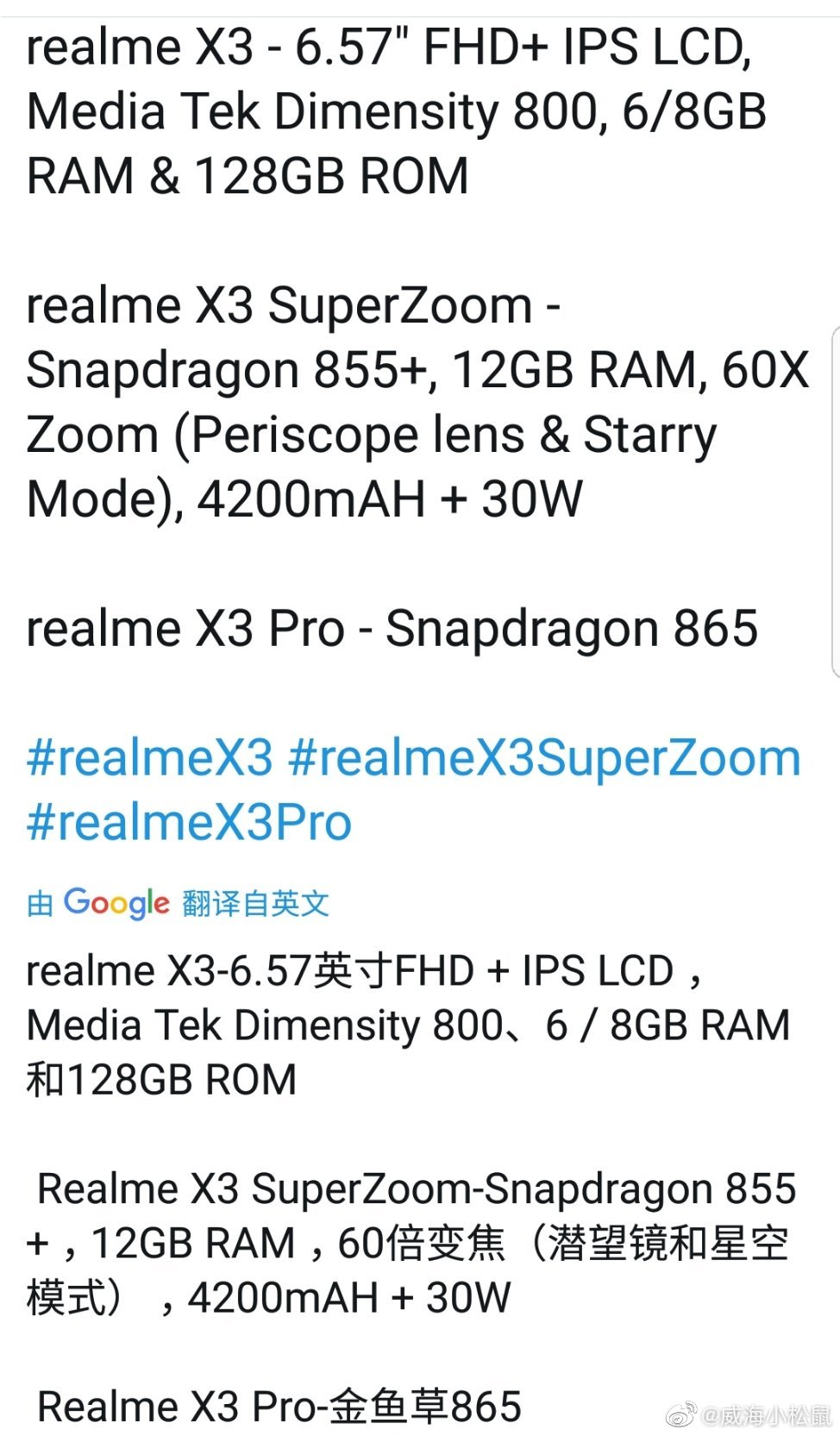