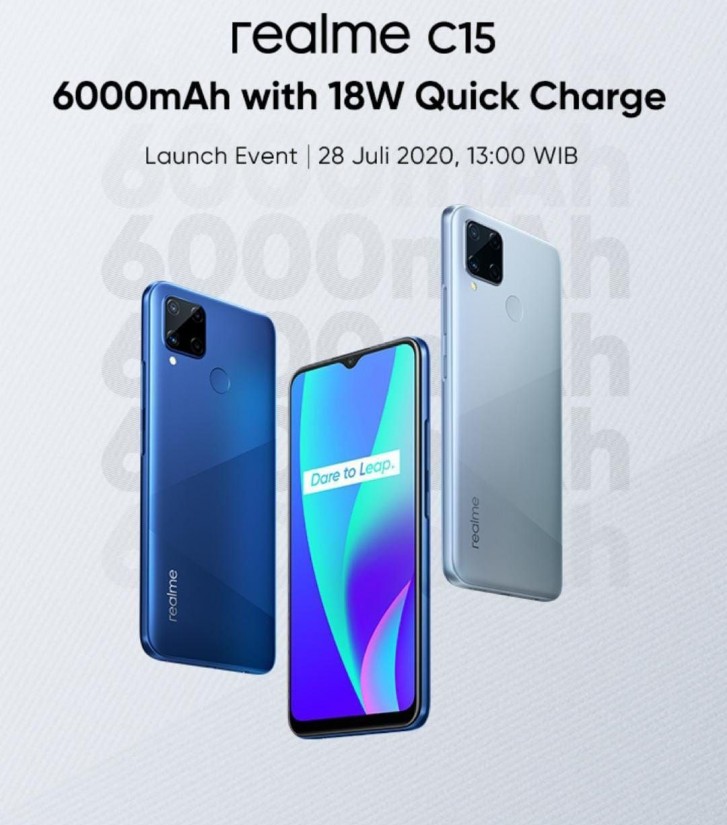 Last week, Realme phone teased with a 6000mAH battery. Now it has been confirmed by the company that the teased device is Realme C15. The company shared a promotion poster that revealed the device name and confirms the launch date, July 28 in Indonesia. The poster also revealed some other specs too.

In the shared image, the phone features a waterdrop notch design display. There are square-shaped quad cameras on the backside along with a fingerprint scanner. The C15 smartphone will have Blue and White color variants with a triple-tone finish. The phone packed with 6000 mAh battery and it supports 18W fast charging.

However, the specs of the phone are unknown yet, we can expect more information about the from the company in the upcoming days.