PAD game will not work in Android 11!

By the time, most of you guys are aware of the new Android 11 launch made by Google. A few smartphones have received the update in forms of stable, public beta, and other manners. What we are coming to say is that, don’t install the new update. That’s because a few users who had installed the update has confirmed that the PAD game doesn’t work in the latest Android 11. Those who aren’t aware of PAD game, it is known as Puzzle and Dragons. The game already has a lot of users in the world.

Once again, the users who are updating their smartphones to Android 11, and they can’t stay without playing PAD game, you should not update the same to the new Android version. As we said, many devices from the OEMs like OnePlus, Google, Xiaomi, Realme had already received the update. Some other devices are still in the Android 11 Beta 2 and Beta 3 editions. A user shared the news relating to the non-working of PAD game in Reddit. According to him, the situation is like this.

For those that don’t know, PAD locks to specific versions of Android (for whatever reason) by code. So if you update to Android 11 I would expect PAD to no longer load until they put out a patch officially supporting the new OS.

We guess this as incompatibility issues which every app has when a new Android version comes out. We hope that the game developers will soon fix the problem. 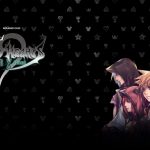