Mi 6 will not receive MIUI 12 update!

Xiaomi gives two major Android updates for its premium smartphones. The brand launched its Mi 6 back in 2017, which was the flagship device at that time. The device had excellent hardware and was known as “Galaxy S8” for the poor. However, the device wasn’t available in all parts of the world. It was launched with MIUI 8 on top of Android 7.1.1.

MIUI is one of the most feature-packed custom skin out there. Because of this, several people loved & chose MIUI instead of other skins. Since, the launch of the device, the device received two major updates. That said, the device is now running on MIUI 11 on top of Android 9 Pie. The device was missing from the roadmap of MIUI 12.

Although, the device was part of the internal testing of MIUI 12 in China. But the new builds released in July has dropped the support for Mi 6. This led to speculation in the users, and they took out the question into the Mi community. One of the Mi Community moderator has confirmed that the device will not receive the update.

This was his response to the query. It also means that the device will not receive MIUI 12 nor the Android 10 update. As we said, the device has received two major Android updates and three major MIUI updates. Since the device was missing from the roadmap, chances of getting MIUI 12 were less. Stay tuned with us for more news like this. 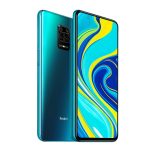 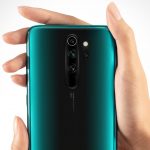