Android Nougat 7.1 ROM, Nexus 6P LineageOS 14.1 has now arrived via an UNOFFICIAL build. If you want some more Lineage ROMs or wanna taste the OFFICIAL Lineage build then stay tuned the LineageOS 14.1 ROMs page or the latest Android O LineageOS 15 list of supported devices. Before this there was the CM14.1 for Nexus 6P.

This LineageOS 14.1 for Nexus 6P (angler) is brought to you by developer razorloves and kronflux.

DISCLAIMER:
THIS IS AN INITIAL BUILD WHICH MAY NOT BOOT AT ALL. HAVE A BACKUP BEFORE FLASHING THIS AND TRY AT YOUR OWN RISK. Installing a custom ROM on a Nexus 6P (angler) requires the bootloader to be unlocked on the Nexus 6P (angler) phone, which may VOID your warranty and may delete all your data. Before proceeding further you may consider backup all data on the phone. You are the only person doing changes to your phone and I cannot be held responsible for the mistakes done by you. 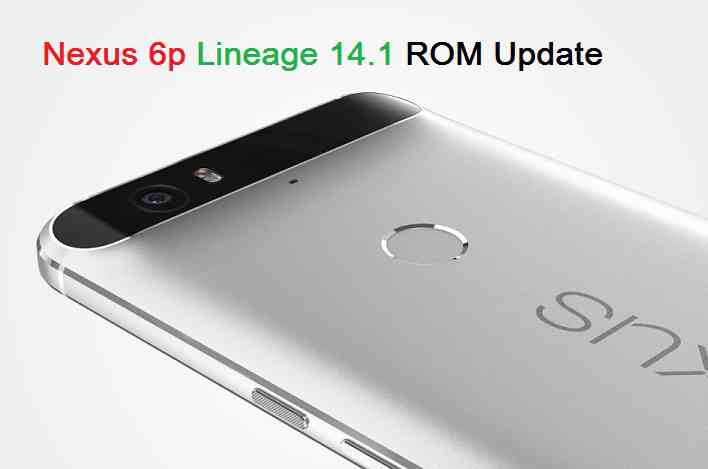 HOW TO INSTALL/DOWNLOAD/FLASH/UPDATE LineageOS 14.1 FOR Nexus 6P NOUGAT CUSTOM ROM:

Stay tuned or Subscribe to the Nexus 6P (angler) forum For other Android Nougat ROMs, LineageOS 14.1 ROMs, other ROMs and all other device specific topics.
Android 7.1kronfluxNexus 6prazorloves