Meizu 17 specifications revealed by the brand!

Meizu is all set to unveil its new flagship Meizu 17, and Meizu 17 Pro on May 8th but before that some specifications have been confirmed by the brand. The brand has been continuously revealing each specification of the device day by day. Yesterday, the brand announced some information’s regarding the Meizu 17 specifications.

Earlier the 3C certification of the Meizu M081Q has revealed that it will sport a 30W charger. The M081Q is reportedly the Meizu 17. Yesterday, the brand told that this would come with a 30W Super mCharger. They also revealed the battery capacity of the smartphone, which is 4,500mAh. 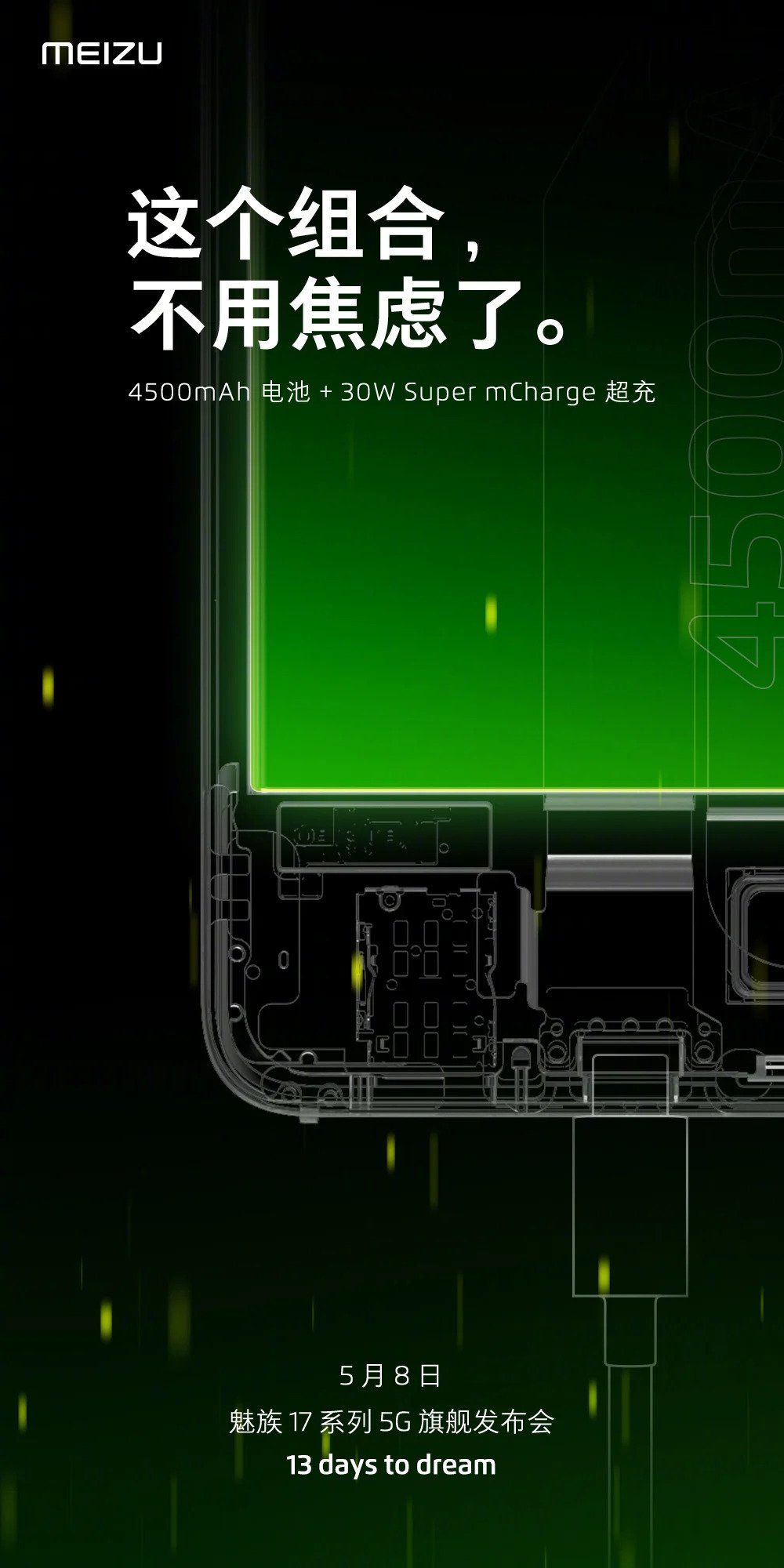 Earlier, the brand has revealed that the device will pack the Snapdragon 865 SoC with UFS 3.1 support. It is the first device from the brand to come with a higher refresh rate, i.e. 90Hz, and it has a punch-hole to the right. It may arrive in white and grey colour options. Rumours suggest that its pricing may start at 3,999 Yuan.

As said, the high-end Meizu 17 Pro would come with the M091Q as model number, and support for 40W fast charging tech. However, the brand doesn’t reveal any specification of the device.