LG reveals the design, and CPU of the LG Velvet through a video!

LG has recently showcased its design of the upcoming new series through their official social media handles. There are a lot of devices to come under this new series.

The first phone from this new series will be known as the LG Velvet. Today, the brand has shared a video on YouTube that focuses on the design of the smartphone. There are some unique elements on this smartphone that we haven’t seen yet on others. This is the third time since the brand posts a teaser about this smartphone. 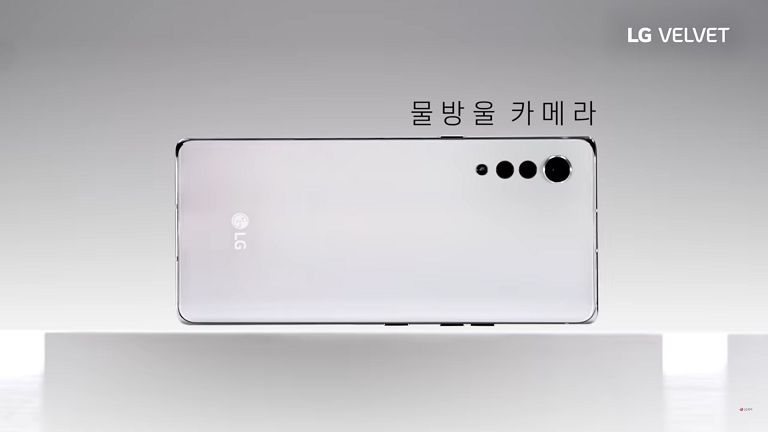 What exactly the video reveals about LG Velvet?

The LG Velvet was initially said to be the LG G9, but LG has decided to scrap the G naming scheme, and give more elegant names to its phones. The video was posted by LG Electronics Korean on their channel, and it is 35 seconds long.

At first, the video focuses on the design of the cameras that are unique. We can see the large primary sensor, and it is followed by the two other sensors, and the flash module.

The rear has a curved glass sandwich design, which gives a mirror finish, and it looks cool. Further, you can see the thin bezels and small teardrop notch on the front.

The clip shows that the device will be launching in 4 colors which are white, black, red and green, and the materials used for the finish are those which catches the light and the shimmering in an eye-catching way.

The design of this doesn’t tell us too much more about the phone. Although, the brand has decided not to ditch the 3.5mm headphone jack, and they will be letting their users to experience the superior audio in this new smartphone.

Finally, at the end of the video, we can see the Snapdragon 765 logo. This confirms that the phone will sport the Snapdragon 765 5G processor. And is not quite as powerful as the flagship Snapdragon 865. As per some leaksters, this would launch on May 15, and it will be launching in less than a month now. The brand has already revealed its design, CPU, and the naming. So we can sit back, and wait for the official launch.