The Dimensity series from MediaTek is ahead compared to other chipsets. These chipsets come with higher benchmark scores, but most OEM’s skip the Dimensity SoC’s. Recently, Oppo launched the Oppo Reno 3 with the Dimensity 1000L chipset. MediaTek recently launched the Dimensity 1000+ through an online event in China. Soon after the launch event, MediaTek took out to Weibo that iQOO will be the first manufacturer to use the same. IQOO has also come with a Weibo post confirming this. It will be launched the brand claims soon. iQOO has recently unveiled the iQOO Neo 3 in the Chinese market. 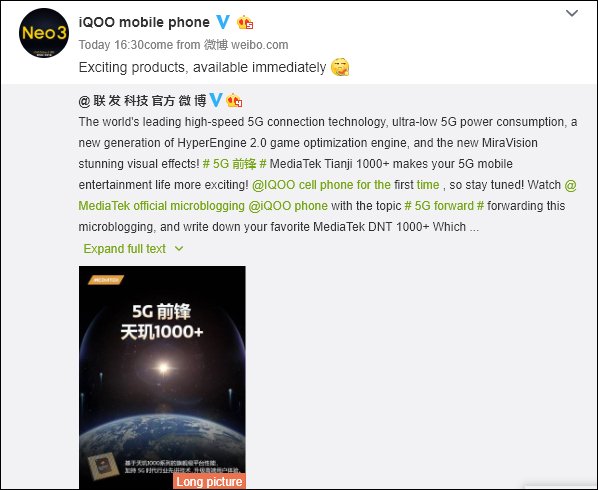 The DImensity 1000+ comes with several improvements over the current Dimensity 1000 chipset.  The highlight is the support for the 144Hz refresh rate display. As said, the iQOO Neo 3 comes with a 144Hz refresh rate.  It is built on the 7nm process and gets four Cortex A77 cores and four Cortex A55 cores. Features include MediaTek 5G UltraSave that turn off the 5G antenna if there is no next-gen network available,  The SoC also comes with HyperEngine 2.0, it improves the gaming performance in the Dimensity 1000+ chip. It also gets support for SA and NSA dual-mode 5G networking. It is the only chip in the industry that supports 5G + 5G dual SIM/dual standby. 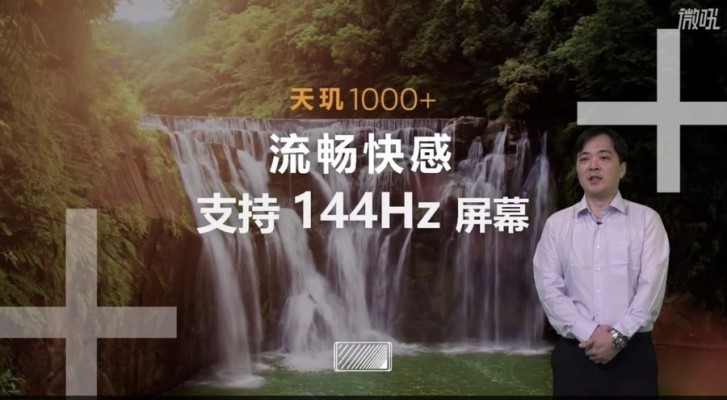 Further, it gets 5G dual-carrier aggregation technology. Similar to VoLTE, users will always remain online when they get incoming calls. However, 5G isn’t available yet in many countries, including India.

iQOO hasn’t revealed the name of this smartphone. But the popular tipster Digital Chat Station has shared the naming of the device. The brand will be naming it as iQOO Z1. Other Specifications of the smartphone are unknown. 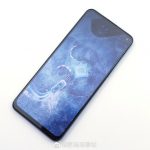 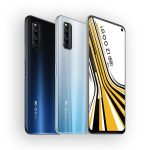