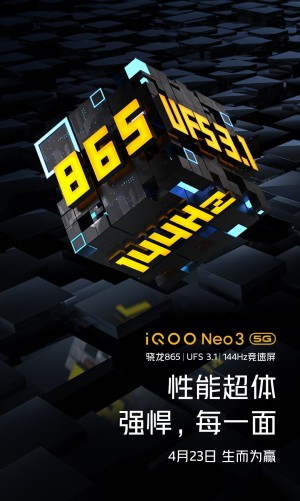 According to the released poster, the coming 5G smartphone will be powered by the High-end Qualcomm Snapdragon 865 chipset on board. The phone will be featured with UFS 3.1 storage technology.

As mentioned on the released teaser, the phone will be introduced on April 23rd. It seems like the company may confirm more details about the phone in the upcoming days.

According to the previous reports, the phone will have 6 GB of RAM and 128 GB storage. It will run on Android 10 OS, LCD display, have a quad 48-megapixel rear camera sensors and 4500 mAh battery inside with a 44W fast charging feature.