Alongside the Apple Watch Series 6, Apple Watch SE, and the iPad Air. They also announced the iPad 8th generation at the Time Flies event, the regular iPad is now a lot more powerful. The new iPad sports a 10.2-inch LED-backlit Retina display with IPS technology. It has a resolution of 2160×1620 pixels and has a refresh rate of 60Hz! The display feels very user-friendly and will provide a great gaming experience too. It also comes with a TouchID sensor at the bottom, which also doubles up as a home button. Like previous generation, it just supports Apple Pencil 1st generation.

The rear-facing camera received a slight upgrade. It is an 8MP camera and has support for Live Photos, HDR, exposure control, body and face detection. The rear camera also supports video recording at 1080p HD at 30fps. On the front, it comes with a 1.2MP FaceTime HD camera that supports Live Photos, Retina Flash, 720p HD video recording, and FaceTime video calling over WiFi or cellular.

iPad 8th Generation comes with the new iPadOS. The new iPadOS 14 will improve the experience with better note-taking capabilities and new ways to work with handwritten notes. This is a new chip to the iPad, which brings a few firsts to the iPad 8th generation, including A 6-core CPU and 4-core GPU. These additions to the Apple Silicon mean that you will get 40% faster CPU performance over the 7th generation iPad and 2x faster graphics. Apple has claimed that this new A12 Bionic chip in the iPad 8th generation has been put head-to-head with some common devices and found to be 2x faster than the top-selling Windows laptop. 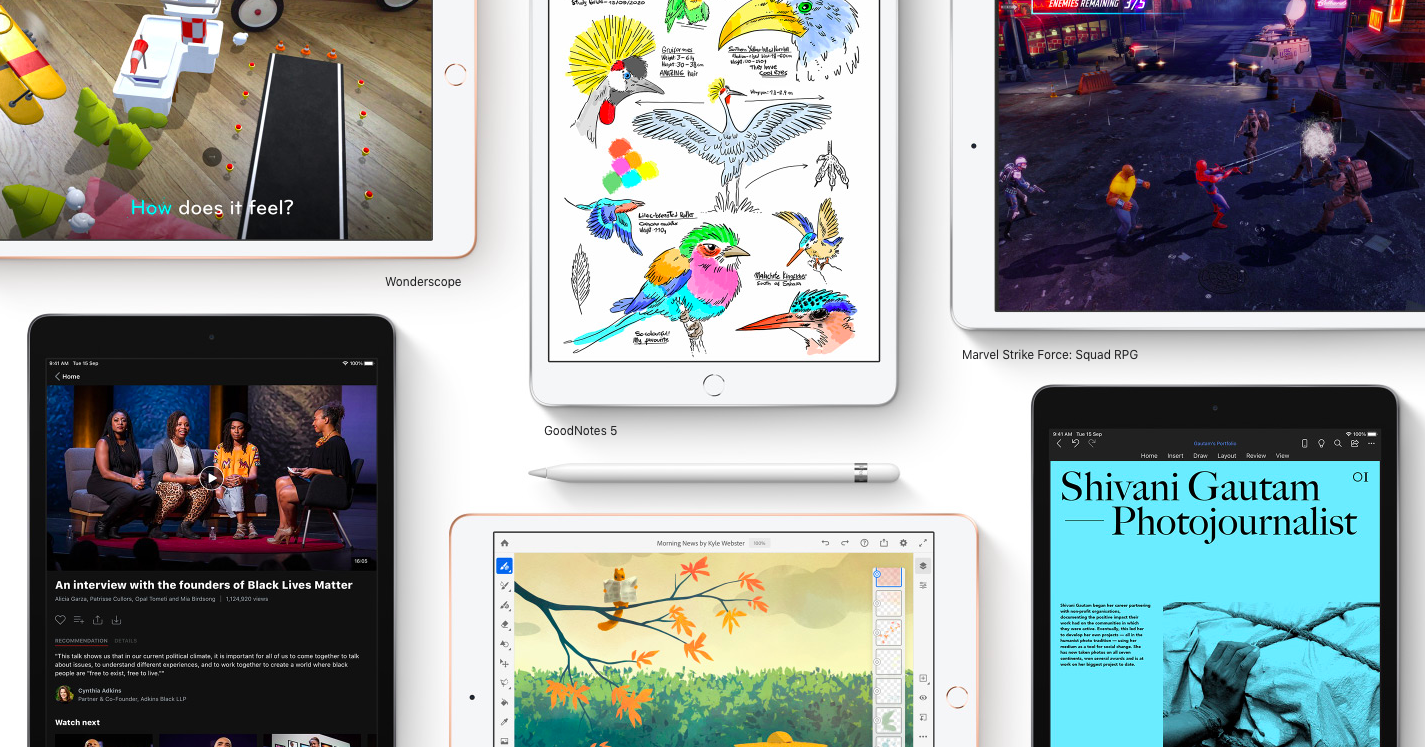 Apple promises a day-long battery life with a 32.4-watt-hour battery, that includes 10 hours of web browsing on Wi-Fi, while on LTE that value dips to 9 hours. It comes with a regular 12W Apple charger.

This new iPad 8-gen has impressive specs and the new A12 chip makes it faster than other tablets. The iPad 8 starts at Rs 29,900 for the 32GB variant with Wi-Fi. The Wi-Fi+Cellular model starts from Rs 41,900. In addition to Apple Pencil support, Apple will be releasing a full-size Smart Keyboard case that works with the iPad to give users an external keyboard for better typing.