Huawei has launched a new device under the “Y” series, i.e., the Huawei Y8p. There were no teasers or any other promotional content before the launch event. It is a rebranded version of the Huawei Enjoy 10s, which was launched in October 2019. However, there is no wording about the pricing or availability of the phone. The Huawei Y8p features a 6.3 inches OLED display with a waterdrop notch, and a Full HD+ resolution. It has a pixel density of 418 PPI, a screen to body ratio of 83.2%, and an aspect ratio of 20:9. Underneath, it sports the HiSilicon Kirin 710F, which is built on the 12nm process. The SoC pairs with 4, & 6GB of RAM, and 128GB of storage. Further, it is expandable via the nano memory card up to 256GB. The device runs on EMUI 10.1 on top of Android 10 without Google Play Services. Instead, it comes with the Huawei Mobile Services, and its own AppGallery. 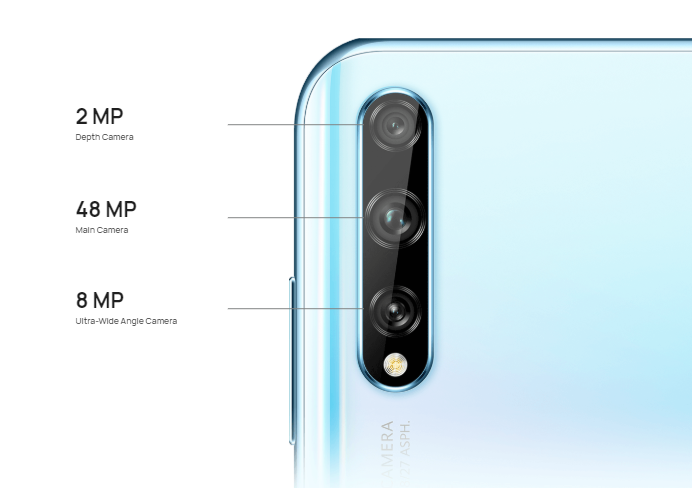 Coming to the optics, the Huawei Y8p has a triple rear camera setup in a vertical housing. It includes a 48MP primary sensor with f/1.8 aperture and PDAF. The sensor pairs with a secondary 8MP ultra-wide-angle sensor with a field of view of 120 degrees, and an f/2.4 aperture. Finally, it gets a 2MP depth sensor with the same f/2.4 aperture. As I used to say, 95% of Huawei devices come with a depth sensor. Further, the rear camera gets an AIS Handheld Night Mode for capturing beautiful night shots. To the front, it gets a 16MP sensor with an f/2.0 aperture.

The device sports an optical under-display fingerprint scanner, and with support for face unlock. It packs a 4,000mAh battery with support for 10W charging. The phone will be available in color options like Breathing Crystal, and Midnight Black. It gets Bluetooth 5.0, Dual-Band Wi-Fi, Dual-SIM, NFC, USB Type-C, and a 3.5mm headphone jack.