Huawei Enjoy Z to launch on May 24 in China!

Huawei is all set to unveil its new device in the Enjoy series. The brand will be launching the Huawei Enjoy Z 5G smartphone, and they’re teasing it. It reveals that the device will be launching on May 24. Further, the poster shows some design elements of the smartphone. It tells us that the device will feature a curved back, but it isn’t curved too much. 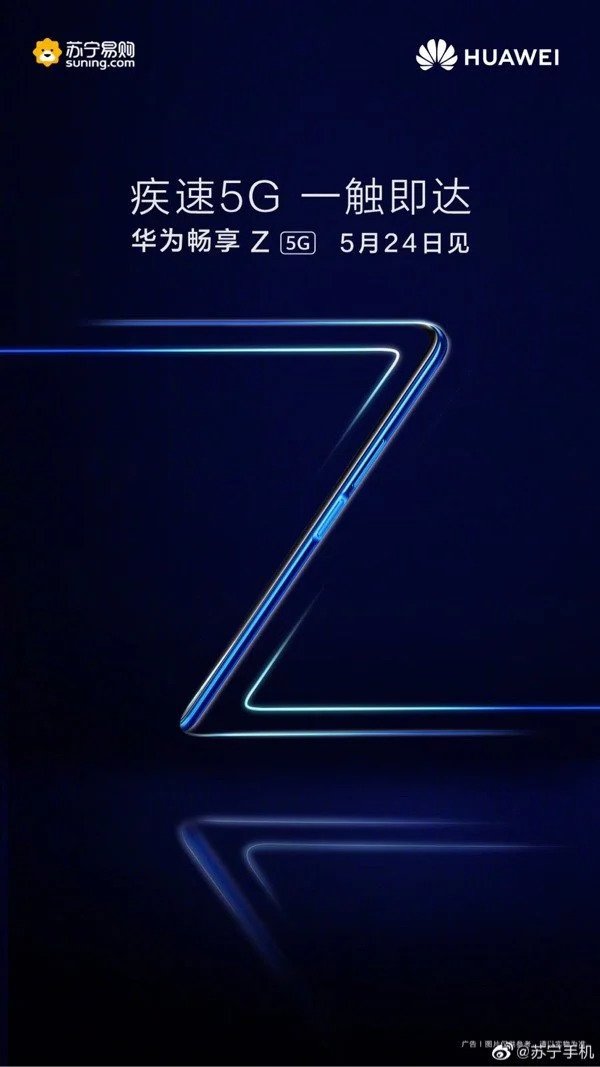 Huawei has a lot of 5G smartphones, like the Mate 30 series, P40 lineup, and the Nova series. Since the Huawei Enjoy Z 5G is a phone from the Enjoy series, it will be a budget 5G smartphone from the brand. Earlier, Changan Digital Jun via Weibo said that the device would feature a high refresh rate display. Rumors around the Weibo platform suggest that it will feature the MediaTek Dimensity 800 SoC. Changan has also responded to this, and said that “It is difficult to say, not necessarily, but also do not rule out.”

Another report from MyDrivers tells us that a new device with the codename “Teller” may belong to the Enjoy series. If it belongs, then the phones with the model number TEL-AN00/AN00a/TN00 had cleared 3C certification. It reveals that the device will feature 22.5W fast charging tech. The main aim behind launching the cheapest 5G devices is to overtake Xiaomi since Xiaomi is in the works of many new, more inexpensive 5G devices.

Further, Huawei, under the Honor branding, will unveil the Honor X10 series. The phones under the X10 series will be 5G capable. The Honor X10 will feature the HiSilicon Kirin 820 chipset. It will launch soon in the Chinese market.