The device will feature a 6.63-inch FHD+ IPS LCD with an aspect ratio of 20:9. It suggests that a 2.3GHz SoC will power the smartphone. So, it will be the in-house HiSilicon Kirin 820 5G SoC. The chipset will pair with 4, 6, & 8GB of RAM, and 64,128, & 256GB of storage. There will also be a micro SD card slot for expanding the storage. It will be available in color options like Light Speed ​​Silver, Racing Blue, Burning Orange, and Speed ​​Probe Black.

The triple rear camera setup includes a primary 40MP sensor that pairs with an 8MP sensor, and another 2MP sensor. To the front, it will sport a 16MP pop-up unit. It will have a side-mounted fingerprint scanner. 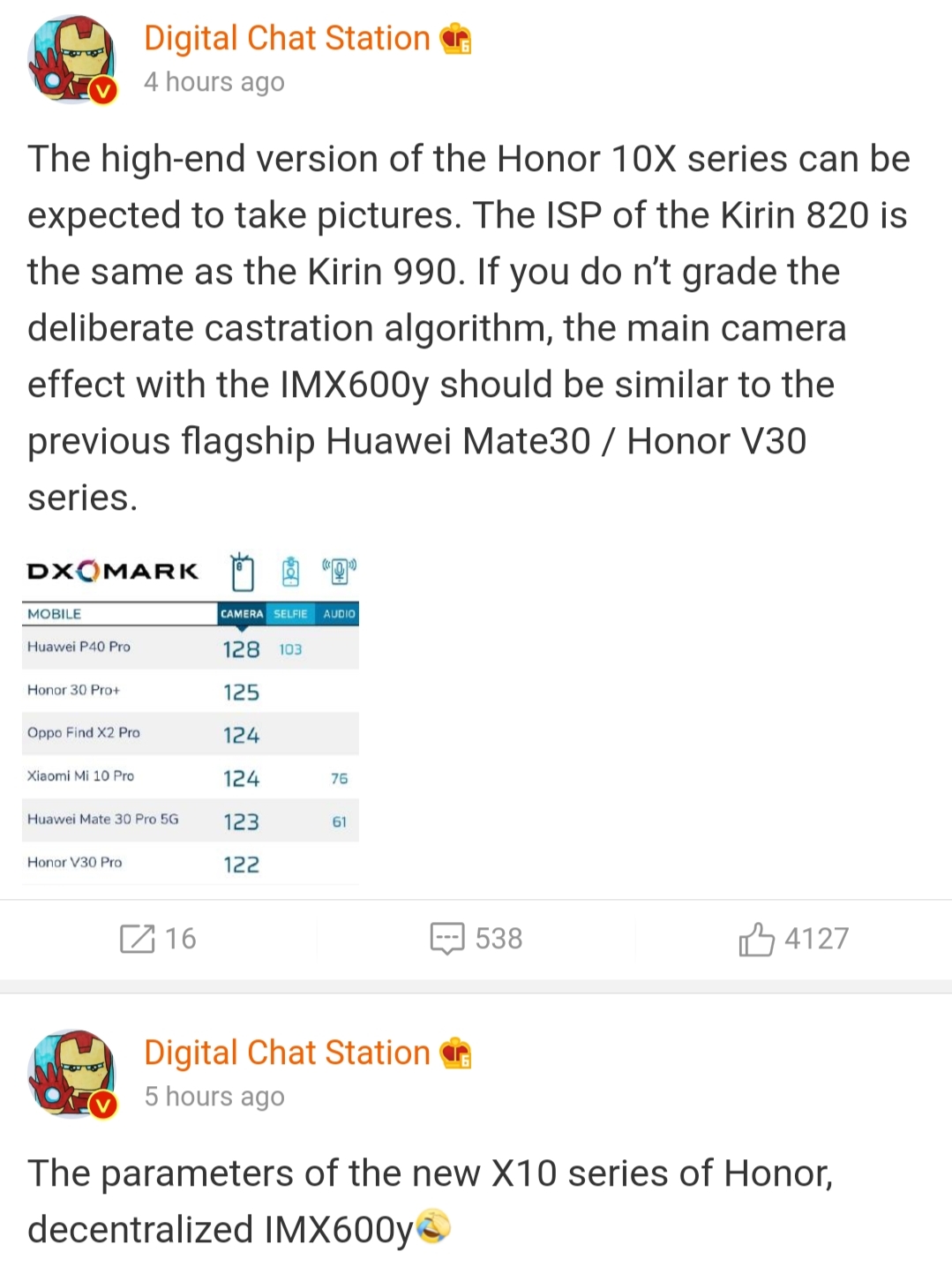 Further, the famous Chinese tipster Digital Chat Station has shared some vital information regarding the camera sensor. Through a Weibo post, he reveals it will sport the custom-made Sony IMX600Y (RYYB) sensor. He also added that the device could shoot awesome pictures since the Kirin 820 5G has the same ISP of Kirin 990 SoC. Further, he tells that it can deliver a flagship camera level performance of the Mate 30 or V30 series.