Yesterday, Honor officially confirmed that the upcoming device will be named as Honor X10 and will be 5G ready smartphone. The rumors around this smartphone suggest that it will have “teller” as the codename.  Earlier this month, phones with the model number such as TEL-AN00, TEL-AN00a, and TEL-TN00 has appeared in the database of 3C authority of China. Today, the Honor X10 has listed in TENAA with some key specifications and images. 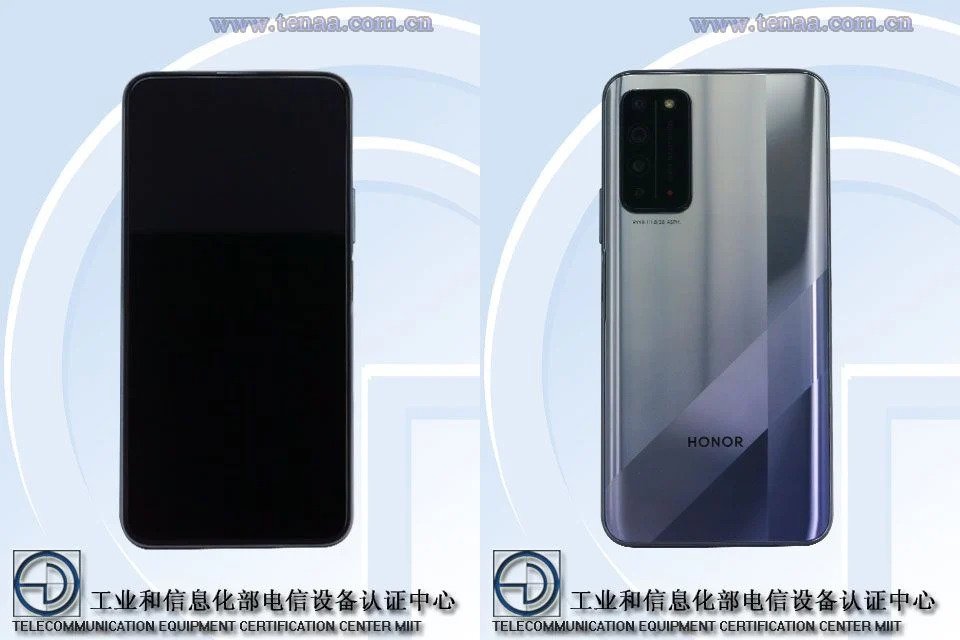 The listing confirms that the device will sport a 6.63-inch notch-less display and with a measurement of 163.7 x 76.5 x 8.8mm. The rumors suggest that the device will have an IPS LCD and a pop-up unit for the selfie camera unit. The smartphone packs a 4,200mAh battery, and the 3C listing suggests that it supports 22.5W fast charging tech.

Further, the TENAA images show us that there is a rectangular camera setup that houses to the top left. The structure includes four cameras and an LED flash. To the right, it has the power button and the volume button. The power button will also act as the fingerprint sensor. Rumors suggest that it will sport the Kirin 820 5G chipset, and the brand will also unveil the premium Honor X10 Pro along with this smartphone. Another news indicates that the pricing of the device will be under 2,000 Yuan. Let us wait for the official launch for more information regarding the device.