Honor Tablet 6 comes with a 10.1-inch LCD panel with FHD+ pixels of resolution. It runs on the Android 10 operating system out of the box along with Magic UI 3.1 UI running on top. The tablet powered by Octa-Core Kirin 710A processor under the hood. The company launched both Wi-Fi only and LTE models.

The tablet also supports support the Honor Magic-Pencil stylus. It packed with a 5,100 mAh capacity battery inside the body. 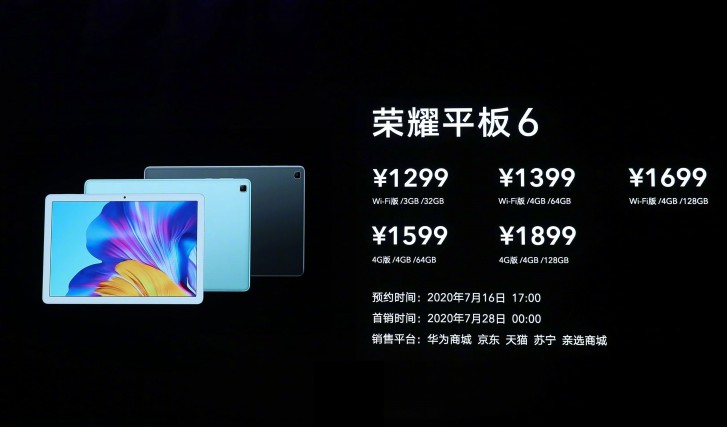 Honor tablet X6 comes with similar specs like the Honor Tablet 6. It has a 9.7-inch display with the same LCD panel, it supports 1200×800 pixels of resolutions. It runs on the same Android 10 OS based on Magic UI 3.1 UI, packed with a 5,100 mAh battery inside.