A South Korean tech giant, Samsung rolling out the latest Android 10 OS update for its one more mid-range smartphone, Samsung Galaxy A30s. The phone was launched in last year with Android 9 Pie along with One UI 2.0.

Now the company released Android 10 update for the phone in a few countries. The update comes with A307FNXXU2BTD1 version number including Afghanistan, Iraq, Laos, Libya, Malaysia, the Philippines, Russia, Taiwan, Thailand, Vietnam, and the UAE countries. It also has an Android March Security patch level and the size of the update is 1.5 GB. 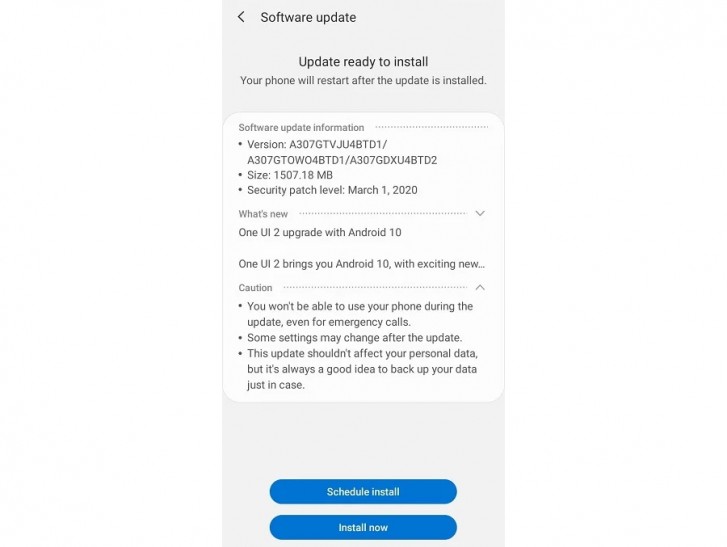 If you have Galaxy A30s smartphone and from one of the above mentioned countries, you should’ve got the update notification. If not, you can also check manually for the update. Go to the setting tap on the software update and download it.

We recommend you to take a backup of your device and use Wi-Fi to download the update. And also make sure your phone charged up to 60 percent.