Dr. Driving is probably one of the most recognizable names when it comes to smartphone gaming. It was one of the first few games that really popped on the Google Play Store, alongside other classics such as Fruit Ninja, Jetpack Joyride, and Temple Run. Dr. Driving 2 is its spiritual successor and has seen a similar wave of popularity in terms of downloads and user feedback. In today’s article, we will be taking a look at how you can download and install the latest version (v.1.48) of the Dr. Driving 2 Mod APK on your Android phone.

Dr. Driving 2 comes by the same good folks over at SUD Inc. The original version of the game is still considered one of the most played and enjoyed games when it comes to the racing/driving genre. Dr. Driving 2 managed to pile over 50 Million downloads with a plethora of 5-star reviews. It is available for free on the Google Play Store and supports in-app purchases to buy in-game money that you can spend on various cars and different upgrades. We have already talked in-depth about everything the original Dr. Driving had to offer, and have even covered a modded version of the same game before. Dr. Driving 2 makes things even more interesting with the addition of various vehicles, car upgrades, game modes, missions, and so much more. Looking back, the original game actually seems very barebones in comparison to Dr. Driving 2.

The tutorial itself was a nice little addition to the game. The driving mechanics are much more realistic in the game. You need to control the brake, accelerator, steering wheel, as well as the gearbox, all while driving to simulate a real life experience. The graphics of the game, although seemingly a decade old are still very complimentary to the kind of action the game offers. 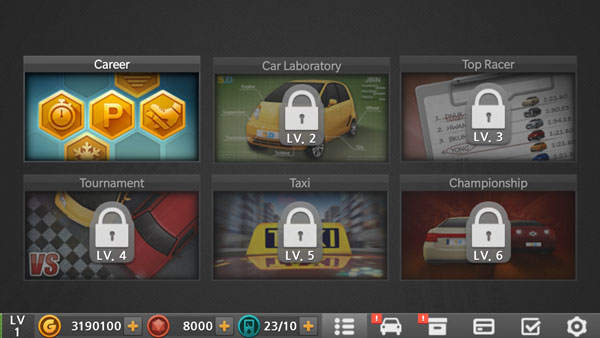 I had a blast playing the different game modes and challenging myself to beat my personal best score every time. The different cars not only come with various upgrades but also have their own physics and driving mechanics that you need to get used to. The controls also seemed very refined even though they are as basic as they can get. I highly recommend you play this game if you previously enjoyed your time with Dr. Driving. 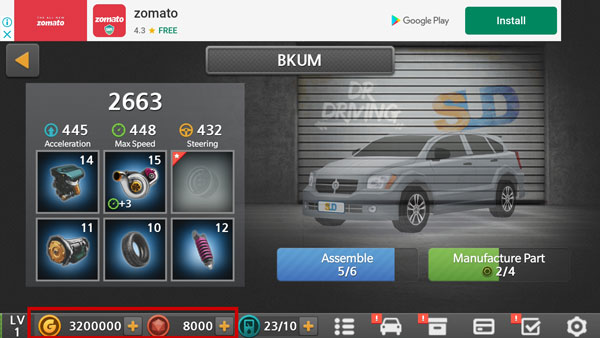 You can download the latest version (v1.48) of the Dr. Driving 2 Mod APK by following the link provided below:

In conclusion, we hope you were able to install the modded version of Dr. Driving 2 on your phone. I wasn’t able to install the game on one of my phones that was running Android 11 though, and it seemed to work fine on Android 10. In case you want to play the game in its unaltered form as well as support the developer, you can download the game directly from the Google Play Store by following the link below: