Cyanogen Inc. is no more, CyanogenMod Continues to Live

CyanogenMod, a big name in the Android open source community which eventually gave birth to a Commercial Cyanogen OS proprietary to Cyanogen Inc. Cyanogen Inc initially built by Steve Kondik, Kaushik Dutta, many other developers out there. But after a year or two of it’s operations, Cyanogen Inc will be no more after a week from today. Read on to get the complete story and to get a lesson or idea or whatever you call it, for your next startup if at all you are planning to start one.

Cyanogen Inc made it’s debut with OnePlus One to enter into consumer market commercially unlike CyanogenMod. A year later the relationship of Cyanogen Inc and OnePlus was over. Later on Cyanogen Inc. made decent growth by partnering with Wileyfox, Micromax venture Yu, Lenovo Zuk and few more. Except making the Mobile OS, at the start of this year Cyanogen created mod, a customized app experience on Cyanogen OS powered Android phones. But what happened at the end of this year, Cyanogen Inc. will be no more after a week. Wait, what ??? Yes, you read it right. Cyanogen Inc … is shutting down. See the below statement from Cyanogen Inc:

As part of the ongoing consolidation of Cyanogen, all services and Cyanogen-supported nightly builds will be discontinued no later than 12/31/16.

Cyanogen Inc. is shutting down:

Cyanogen Inc founder, Steve Kondik had faith on CyanogenMod and was even challenging to beat Google’s Android, despite the fact that CyanogenMod is built on top of Android and is not a standalone OS by itself. But people say Cyanogen Inc was similar to a mosquito bite on Google’s head. Steve Kondik was recently kicked out of his own emperor of Cyanogen Inc and hence had to leave (even he left CyanogenMod open source community) obviously with lots of emotions and IP issues. Even after that it never felt like Cyanogen Inc will no more be in the race of Commercial Custom OS market or any Android service company, but now it is official and Cyanogen Inc. is finally shutting down consolidating it’s all services and that too by the end of this year which just a week from today. Yes it’s true.

As per the official statement from Cyanogen Inc:

The open source project and source code will remain available for anyone who wants to build CyanogenMod personally.

Which means the CyanogenMod is till alive and CyanogenMod is again back to Zero from where it started after approximately eight years. It’s only Cyanogen Inc which is going to vanish from Android’s history. But one thing is not sure amid all controversies that how much enthusiasm the developers still have today to contribute to the open source CyanogenMod community.

I am still a hardcore CyanogenMod fan regardless of the top management or controversies or anything. Let us know your thoughts if you are a developer or a CyanogenMod user. Cheers. 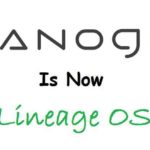