ColorOS 11 will release on September 14!

Most of the smartphone brands are busy in launching a new version of their UI. Because Google has launched the whole new Android 11 last night. We don’t know why OPPO jumped from ColorOS 7.2 to 11. Maybe because of matching up with the new Android version. There were rumours that they will unveil the new ColorOS 8, but surprisingly they announced the launch event of ColorOS 11. In connection with this, Relame has started rolling out the whole new UI on top of Android 11 for the Realme X50 Pro. The brands of BBK electronics usually releases a new version of its UI when Google releases its new Android version. According to the poster shared by OPPO, they will unveil the new ColorOS 11 on September 14, and the event will start from 9 AM GMT. Interestingly, OPPO has released the new ColorOS for some of its smartphones. The smartphone list includes OPPO Find X2 series, and the Reno 3 series. It includes Find X2, FInd X2 Pro, Reno 3, and the Reno 3 Pro. 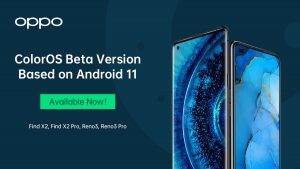