BlackBerry; was one of the best OEM until Android smartphones came. Since then, they have struggled a lot for being alive in the smartphone industry. In fact, they have launched Android phones, but those devices weren’t having any killer feature for making it worth the price. Interestingly, BlackBerry, FIH Mobile, and OnwardMobility have made an agreement where it says that they will be releasing a new smartphone. According to the agreement, the new device will release somewhere in the first half of 2021. 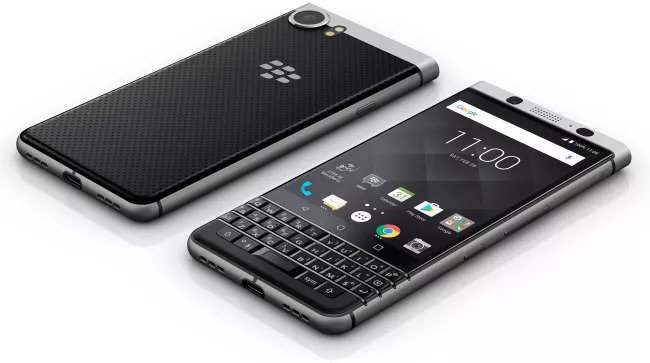 BackBerry will be back with a 5G device!

As everyone guessed, they will be retaining the qwerty keyboard, and it will have 5G connectivity on-board. 5G support is still useless for countries like India. Because we don’t have any 5G networks here. Apart from these two things, it’ll have a massive security system making it usable for both Government and Business peoples. As you read, there are two different parties in the agreement, where FIH Mobile will design and make the product. While OnwardMobility has the responsibility for its sales and other things. As of now, the product will be available in North America & Europe. Later, if they wish, they will choose other partners for making the device available in other regions. The poster doesn’t reveal anything apart from that it will use Android, 5G enabled, QWERTY keyboard, and enhanced security features.

As you know, BlackBerry devices are known for protecting the data of its users, the upcoming device will also have a similar thing. The users won’t have to sacrifice for anything. Peter Franklin, CEO of OnwardMobility said that “Enterprise professionals are eager for secure 5G devices that enable productivity, without sacrificing the user experience.” He also added that “BlackBerry smartphones are known for protecting communications, privacy, and data. This is an incredible opportunity for OnwardMobility to bring next-generation 5G devices to market with the backing of BlackBerry and FIH Mobile.” FIH Mobile is currently producing Nokia smartphones for HMD, this will add a big market value for them.

A bit extra security feature for the upcoming device from the brand!

Also, it will be a big competition to match with the current phones in the segment. Because there are no people who still have loyalty for the brand as before. Another specialty of this device will be that they will not be using any parts which are made in China. Instead of that, they will be using parts from South Korea and Taiwan.

Anyway, the main competition for the new device will be the Galaxy Note 20 series. OnePlus 8 Pro, iPhone 11 series, and many other flagship devices.