Now a Days Battle Royale Games are Raising very Rapidly and Its Addiction Too, Reason behind this is that you can Play with your Friends, relatives and you can Also be matched with the real Human. However, your opponents are Also the Humans that’s why these games are more Interesting. Users can play the battle Royale Game With Full obsession. Now in 2019 there are Many of the Battle Royale Games are Available Which are Spreading the Sensation in the field of Android and IOS so, We Picked Some Best Games out of them and Listed in Sorted Order. Most of the Trending battle Royale Game has Almost Similar gameplay the only major Difference is on the basis Of Size and Graphics and we will know about best battle Royale Games Individually.

This is The #1 Trending Battle Royale Game If you did not play this game then You must Heard About this Battle Royale Game. Pubg Mobile Isn’t Compatible For Low-End Devices Tencent Released the Another Version Of PUBG mobile for Low-end Devices Which Is Named As Pubg Lite. PUBG Mobile provides You Two versions PUBG mobile and PUBG Mobile Beta. That’s All the Information about the PUBG now let’s Talk about the Gameplay. You can Choose 4 different Maps and Start Playing with the Friends or Random Matched players. Every Match Contains Up to 100 players. We have Done a separate post for PUBG Mobile 0.12 you can read about it in detail.

Fortnite is launched for Android before few months and this game was presented by the epic games. Epic Games announced that they won’t upload the Fortnite Mobile On Play store because they want the Direct Interaction with the users you can download the Fortnite mobile Updated version only from their Official Site. Fortnite Game is not Realistic you can play in the magical world here you can Destroy each and everything such as Houses, trees, vehicles. Collect the inventories by destroying them and it helps you to make Walls, Roofs, Surface, Inclined Surface. Don’t Search for Covers in between of Fight you can Construct it. Fortnite Mobile Also Contains Up to 100 players in each match. This game is Completely Different From others. Call of Duty mobile is A new battle Royale Game which is Launched in beta version. Call of duty Mobile is not available in Most of the Countries. The Graphics Quality of Call of Duty Is near to Garena Free Fire that’s why it is also compatible for low-end devices. Call of Duty recently Hits 500k downloads from play store and you can play this game in 4 Different Modes. Every match should not be more than 100 Players. This Android battle Royale is of only 74MB and 1 Million+ Download. You can Play this game without any Irritating Ads. You will get 5 Slots for Weapons and healings Exactly same as Fortnite. Search for Weapons and Start Eliminating Your Opponents. 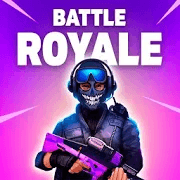 This is another battle Royale game Having 10 Million + download. The Graphics Quality is not good enough but the Compatibility is Pretty good that’s why we have added this game in this List. you will be dropped on the battleground by the helicopter find the best loot in the Battle Ground and Start fighting with your opponents. 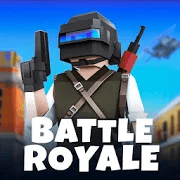 This is the Only a Battle Royale in which you can play Up to 300 Players in Every match. Size of this battle Royale Game is 2.2GB and Graphics Quality is Almost similar to Garena Free Fire. Rules of Survival is Supported for Every 1GB ram Android phone. NetEase has Developed this game and they Pretend that 230 Million Players played this game. There are many Battle Royale games are available which are Presented by NetEase games and Cyber Hunter Is one of them. In Cyber Hunter Battle Royale Every Hero and heroines had their Unique Superpowers you have to Survive In The Match till the Last To Win. Winner will be Obviously only One as Every battle Royale Game Have. 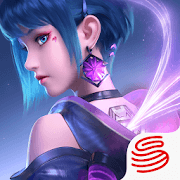 This Game Was Developed By ZuoMasterDeveloper. Creative destruction Is a bit Similar to the Fortnite. You are not Good Enough in Aiming no problem, Here is A Feature of Aim Assist. If you are aiming a Bit Wrong then also You can Damage Your enemies. Search For A proper Loot Before Fight and survive till The Last of the match For Winnings. 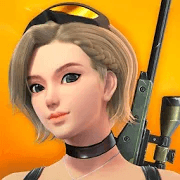