Ben 10 is one of the most popular Cartoon Network shows to have ever existed. Almost everybody has either gone through a Ben 10 phase themselves or at least have known someone who has. There have been plenty of great Ben 10 games as well, and one of the newer additions to its merchandise is the Ben 10 Omnitrix Hero: Aliens vs Robots game that is available for Android users. In today’s guide, we will be going over how you can make the game even more enjoyable by installing a simple mod.

Currently, Ben 10 Omnitrix Hero: Aliens vs Robots has over 10 million downloads on the Google Play Store. It seems to be mainly aimed at kids seeing as how the gameplay mechanics were rather simple and nonsensical. If you have ever played fighting games such as Mortal Kombat or Injustice for mobile, think of this game as a similar experience but toned down a ton to make it much simpler and easy to play. Ben 10 Omnitrix Hero: Aliens vs Robots seems to be a fairly simple game to play and understand. You face off against the evil robots of Steam Smyth in a factory. You can play as Heatblast, XLR8, and Shock Rock to fight those robots off. Each of the aliens has a distinctive fighting style, for example, if you go with XLR8, you will be required to play the game quicker and engage in combat less often, while Shock Rock is more likely to win in 1v1 combats against enemies. The controls are as simple as they can get. You can attack the enemy by tapping on the right side of the screen and defend yourself by tapping on the left side. You need to be conservative while attacking and defending since both of these actions use up your stamina quite prominently. You can collect coins and other goodies along the way too. Overall, the game seems noob-friendly and is a good way to kill some time on your hands.

The modded version of Ben 10 Omnitrix Hero: Aliens vs Robots brings quite a lot to the table. It grants you a fully fledged mod menu that you can trigger by pausing the game and pressing on the music icon to mute it. Here, you can basically change everything in the game, including money, other expendables, your health, armor, stamina, and much more. The game does become a bit too easy with all things enabled, so you might want to go easy on a few of these options to still keep it enjoyable. 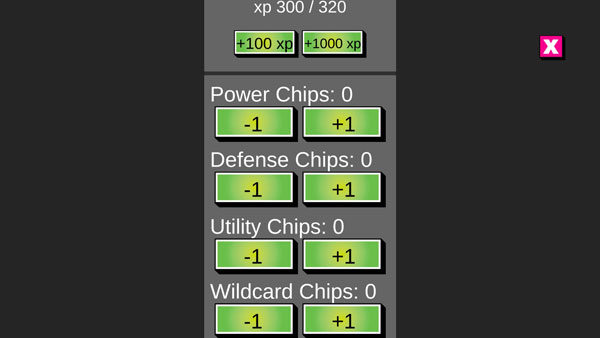 You can easily level up your character using the mod menu as well, and all of the other game modes come unlocked.

In order to download the latest version (v1.0.6) of Ben 10 Omnitrix Hero: Aliens vs Robots Mod APK, follow the link below for both the APK and OBB files. Once downloaded, refer to the steps we have provided below to have it installed on your phone.

We hope you were able to install Ben 10 Omnitrix Hero: Aliens vs Robots Mod APK on your Android device. In case you encountered any issues, feel free to comment down below since we would love to be of assistance! Lastly, you can download the game directly from the Google Play Store in case you felt it was a bit too easy with the mods.