Asus launched its new smartphones, the Zenfone 7 and 7 Pro on 26 August 2020 ! They both have a standout feature that we’ve rarely seen before – a camera that physically flips over the top of the display. It now comes with a triple camera setup and amoled display which are a major improvement over the Zenfone 6z. The Zenfone 7 Pro features a 6.67-inch AMOLED display which is a large display and great for gaming and watching movies. Its resolution is 1080 x 2400 pixels, it also has a speedy 90Hz refresh rate which makes the phone smoother and faster. The inclusion of Amoled display is much needed and a big improvement over 6z’s LCD display.

The Camera Setup on Zenfone 7 Pro

The Zenfone 7 Pro has three cameras: a 64-megapixel sensor, a 12-megapixel ultra-wide lens, and a telephoto lens. The telephoto lens is new to the 7 Pro and it can zoom up to 12x. Asus also upgraded the flip camera’s motor to one that it says is smoother, more durable, and more versatile due to the addition of a new angle sensor. The camera clicks good pictures and you can see the details clearly in the pictures. These set of cameras also acts as the front facing cameras and these are the probably the best front facing cameras you can get in a phone! 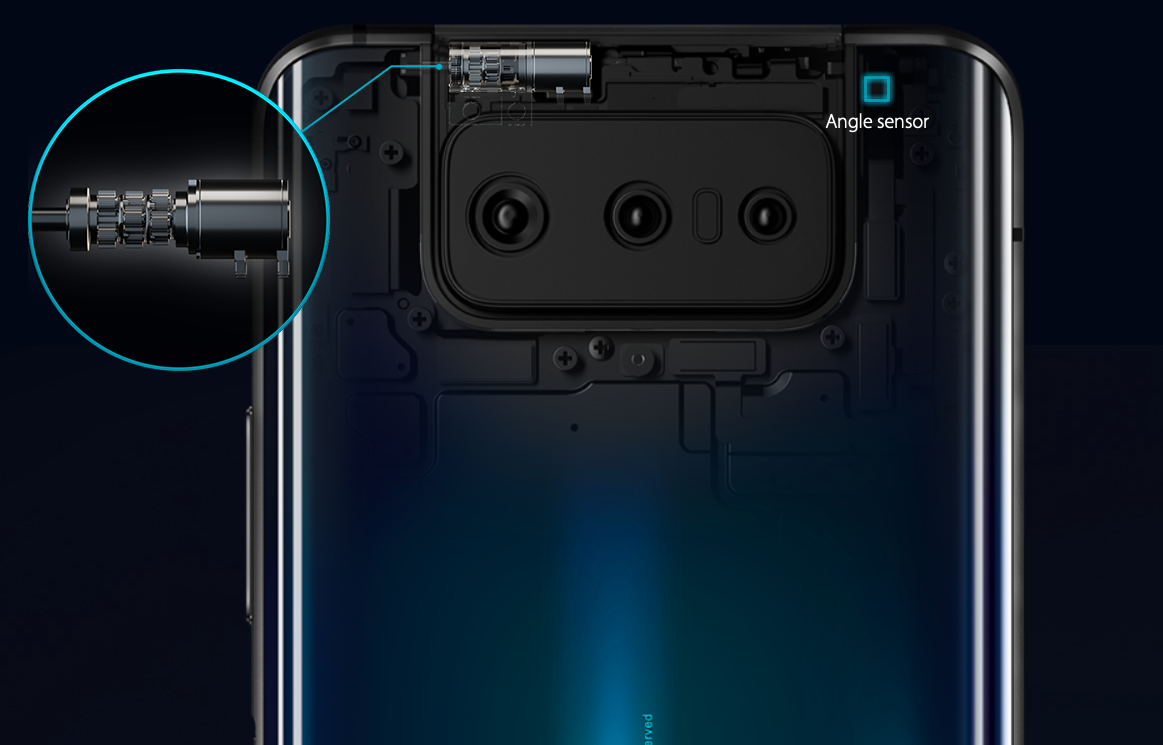 Performance on the Zenfone 7 Pro

The Zenfone 7 and 7 Pro both operate on the user-friendly Android 10 operating system but the difference between the two phones is their processor, while the Zenfone 7 has an 865 snapdragon processor, Zenfone 7 Pro has the new Snapdragon 865 Plus processor, which is supposed to be 10% faster than the 865 processor found on most premium Android phones. The clean Asus UI with 865+ will surely offer a flagship experience.

The Zenfone 7 Pro has a massive 5,000-mAh battery which will be enough for all your work, gaming, and movies. It comes with a 30W fast charger which will charge the phone in around 90 mins. Its impressive battery will guarantee all-day usage and then some. So both the Zenfone 7 and 7 Pro are impressive phones with flagship-level hardware, but the price should have been a little low for the pro model, there is a better option in the market which is OnePlus 8 and OnePlus 8 pro. The Zenfone 7 Pro comes in two colors- Black and Radiant White. Asus Zenfone 7 comes in two variants — 6GB+128GB, 8GB+256GB priced at Rs 55,721 and Rs 60,790 respectively. On the other hand, Asus Zenfone 7 Pro is available in one configuration 8GB+256GB priced at Rs 70,925.