Android 11 is released recently and the official update of the same for OnePlus 6t is far away. But, POSP 4.0 which is based on Android 11, is now available for OnePlus 6t.

This is a step-by-step guide that explains how to install POSP 4.0 on OnePlus 6t. This build is brought to you by unknown developer.

DISCLAIMER:
Installing a custom ROM requires advanced knowledge to modify the underlying firmware on your phone, such as bootloader unlock, custom recovery installation etc.
If not done properly it may leave you phone unusable temporarily or permanently!

This is an initial build for OnePlus 6t which may not boot at all or may have many BUGs.

Potato Open Sauce Project (POSP in short) is a custom Android OS distribution project which is founded by Kshitij Gupta (Agent_fabulous) and Nico Franke (ZerNico) along with dozens of other developers.

Combining newest security patches, original features and wide device support, POSP is a product created to make your life easier and breathe some fresh air into the custom ROM scene.

POSP is just a few years old project, has been grown pretty well to include many features and win many hearts. And, POSP 4.0 is their new update on top of stock Android 11 update. 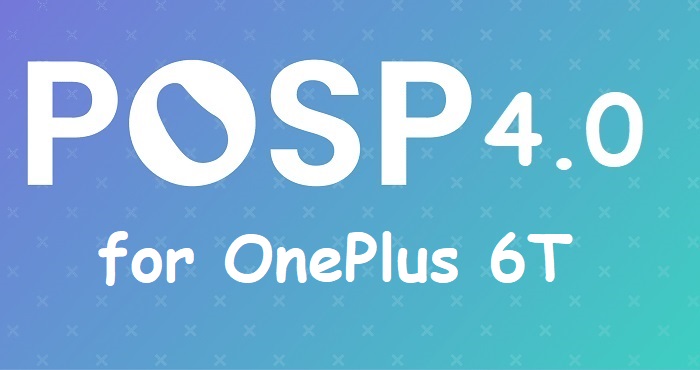 Below is the direct download link to the POSP 4.0 build for OnePlus 6t

Other Requirements to Install POSP 4.0 on OnePlus 6t

To be able to install any Android 11 ROM build on the phone, it must have an unlocked bootloader and a compatible custom recovery installed.
So, to make it easier for you, we have included appropriate guides on how to unlock bootloader and install recovery in the below sections.

In addition, the custom ROMs usually lack any Google Apps like: Google Play, Google Maps, etc. out of the box. So, the post-installation requirement is, GApps for Android 11.

Installing POSP 4.0 requires an unlocked bootloader and a custom recovery installed on the phone. This is the reason the entire installation guide is divided into three parts as below:

The bootloader must be unlocked on the phone before you can flash the POSP 4.0 custom ROM build!

Well, after installing the POSP 4.0 and GApps zip file you are done with the installation process. But, there are few add-on packages that you can install to unleash the real capabilities of your phone!

Below are some of the extra little things which you can install on top of the POSP 4.0 ROM on your OnePlus 6t.

Currently, Magisk is the only thing that is actively developed and supports rooting of Android 11 ROM.
You can either follow this Android 11 Rooting guide or the Magisk rooting guide to enable root.

That’s all on installing POSP 4.0 on OnePlus 6t! If you face any issue, then you can comment below.
Also, visit the OnePlus 6t (enchilada) page to get other POSP 4.0 ROMs, LineageOS 18, or other device specific topics.