Android 11 and LineageOS 18 based crDroid 7.0 for Galaxy S4 LTE – A, is now available to download and install.

This is a step-by-step guide that explains how to install crDroid 7.0 on Galaxy S4 LTE – A.

The crDroid ROM typically known as crDroid Android is a custom ROM which uses the LineageOS as its base.

crDroid is like a feature packed LineageOS. Yes, it provides many more features, customizations etc. unlike the LineageOS which is very much close to stock Android without much of customization.

And, crDroid 7.0 is their new update on top of stock Android 11.

crDroid is a custom Android OS distribution project which is run by Neobuddy89, Firebird11, Gwiolf2u, Hikari-no-Tenshi, DarkJoker360, and XNombre in the core team and many device maintainers.

– Donate to Neobuddy89 the lead dev of the crDroid team 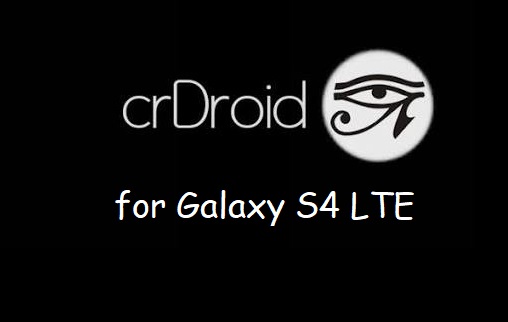 DISCLAIMER:
Installing crDroid requires advanced knowledge to modify the underlying firmware on your phone, such as bootloader unlock, custom recovery installation etc.
If not done properly it may leave you phone unusable temporarily or permanently!

This is an initial build of crDroid 7.0 for Galaxy S4 LTE – A which may not boot at all or may have many BUGs.

Below is the direct download link to the latest build of crDroid 7.0 for Galaxy S4 LTE – A

Other Requirements to Install crDroid 7.0 on Galaxy S4 LTE – A

To be able to install any Android 11 ROM build on the phone, it must have an unlocked bootloader and a compatible custom recovery installed.
So, to make it easier for you, we have included appropriate guides on how to unlock bootloader and install recovery in the below sections.

In addition, the custom ROMs usually lack any Google Apps like: Google Play, Google Maps, etc. out of the box. So, the post installation requiremnt is, GApps for Android 11.

Installing crDroid 7.0 requires an unlocked bootloader and a custom recovery installed on the phone. This is the reason the entire installation guide is divided into three parts as below:

The bootloader must be unlocked on the phone before you can flash the crDroid 7.0 custom ROM build!

Well, after installing the crDroid 7.0 and GApps zip file you are done with the installation process. But, there are few add-on packages that you can install to unleash the real capabilities of your phone!

Below are some of the extra little things which you can install on top of the crDroid 7.0 ROM on your Galaxy S4 LTE – A.

Currently, Magisk is the only thing that is actively developed and supports rooting of Android 11 ROM.
You can either follow this Android 11 Rooting guide or the Magisk rooting guide to enable root.

Google Camera or shortened as GCam, usually brings better images on your existing camera setup.
Search a compatible Google Camera for your phone that may run on this crDroid 7.0 ROM.

Other Custom ROMs for Galaxy S4 LTE – A

It is possible that the crDroid 7.0 for Galaxy S4 LTE – A might not be stable as this is an initial build. In that case below are some of the custom ROMs that we have for the device, if you consider to switch.