Android 10 update which is the latest version, finally released to public on September 3rd, 2019. Android 10 first BETA was released on March 2019 where we had reported about some of the cool new features, such as: built in screen recorder, Dark theme etc.

As expected, some of the unofficial LineageOS 17 builds have arrived which is based on Android 10. Visit the following LineageOS 17 link to get download links and update guides. With this update Android has ditched the alphabetic naming convention for numbering scheme just like the Android 10 and not Android Q and so on. Probably this will bring a full stop to the weird desert or pastries names which might not be known to the whole world. Following are some of the key features of this latest Android 10 update:

Well, the list will go on as there are many teeny-tiny updates on different areas in the whole system as well as some of the Google apps.

After 6 beta release, Android 10 update was released on September 3rd, 2019 for Google Pixel devices and Essential phone. Most likely OEMs will push the latest Android 10 for their flagship devices as early as possible. As always, there is no ETA as of now but probably I will make a list or tracker for Android 10 update and add expected date as per official announcements if any.

Android being an open source OS platform has grown drastically as it is available to every developer. Not just Android but the custom ROM developers have also got attention for the same.

For example, Android Pie based LineageOS 16, Resurrection Remix Pie has been brought to many age old devices.

Similarly, LineageOS 17 including other custom ROMs may bring the Android 10 experience to a larger set of older Android devices. 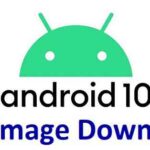 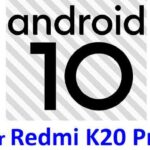